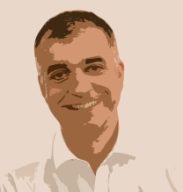 Last month newspapers reported the trial and conviction of a man who had gone berserk in a Manchester hotel, during which he both caused criminal damage and bit a police officer who had been called to the scene to restrain him.  Deplorable of course, though sadly not that uncommon an event.  But there was a twist to this story, fastened on in newspaper headlines:

A bite which does not pierce the skin caries absolutely zero risk of HIV – why does the CPS allow a prosecutor to claim that tests were necessary?  This is simply untrue and misleads the court.  But the alleged need for such tests and the implicit risk of HIV transmission is used to emphasise the trauma of the victim and the seriousness of the offence – it is meant to have an impact on the severity of sentence.  A man’s HIV status has been revealed publicly and permanently, and quite possibly had an impact on his sentence, even though his HIV had absolutely no relevance to the crime for which he was convicted.  This is not just prosecution, it is persecution on the basis of HIV status by police and prosecutors.

And unfortunately it is not a one-off but something NAT witnesses repeatedly as we monitor press reports on HIV in the UK.  With some regularity we come across news articles of cases where people have their HIV status raised publicly in court even though it has no bearing on the offence.  They are usually assaults of varying degrees of seriousness and the HIV status of the accused is claimed as a reason for the victim to have an HIV test, or take PEP, with great stress on the anxiety and trauma of worrying about possible HIV transmission.  Needless to say in no instance, following such assaults, has the victim actually acquired HIV as a result.

That is not surprising given, for a start, that well over 90% of people diagnosed with HIV are on effective treatment and incapable of transmitting HIV to others.  But the courts seem to take no account of treatment as prevention.  Nor do they seem to understand how HIV is and is not transmitted.  HIV is raised in cases of spitting, biting and scratching where HIV could not have been passed on.  As in this recent Manchester case, the HIV status of defendants are put in the public domain and their sentences often affected without justification.

Should we feel sorry for convicted criminals? Some might say they had it coming and they deserve justice.  Absolutely, justice is essential.  But this isn’t it.  Everyone has the right to be treated equally before the law but at the moment people with HIV are being treated worse than those who are HIV negative and guilty of the same offences.

What about the victims?  There is now an expectation that the impact on the victim of a crime is taken into account by the court.  That is understandable and right – but what happens when the fear of HIV is wholly without foundation and a result simply of stigma or ignorance.  What happens when a victim insists on an HIV test or PEP despite clear clinical advice that it is unnecessary and they are not at risk of HIV?  Taking account of fear and anxiety in such circumstances is for the courts simply to endorse and propagate HIV misinformation and prejudice. The harm of these cases goes beyond that to the defendant.  Everyone with HIV is harmed by newspaper accounts of trials which faithfully report the inaccurate fears of HIV transmission raised in court and which increase HIV stigma as a result.

Nor does this do any favours to the victims who are just reinforced in their trauma and misunderstanding of how HIV is passed on.

These cases remind me of the old ‘Gay Panic’ defence where people charged with attacking gay men would claim their actions were an instinctive immediate response to a gay man coming on to them.  A completely natural, if regrettable, reaction from a red-blooded male.  Happily, the CPS would now give short shrift to such a defence if raised in court.  But instead they irresponsibly play with an equally discreditable HIV-version in prosecuting crimes.  We might call it the ‘HIV panic’ attack, where, despite all the evidence and science showing that HIV has no relevance to the crime, they nevertheless encourage the ‘HIV panic’ of the victim to be raised in court as part of their case for the culpability of the accused.

This has to stop.  The police, CPS and the courts are failing in their Public Sector Equality Duty and are guilty of discrimination.  We call on the CPS to meet us and discuss how this injustice can be brought to an end as soon as possible.