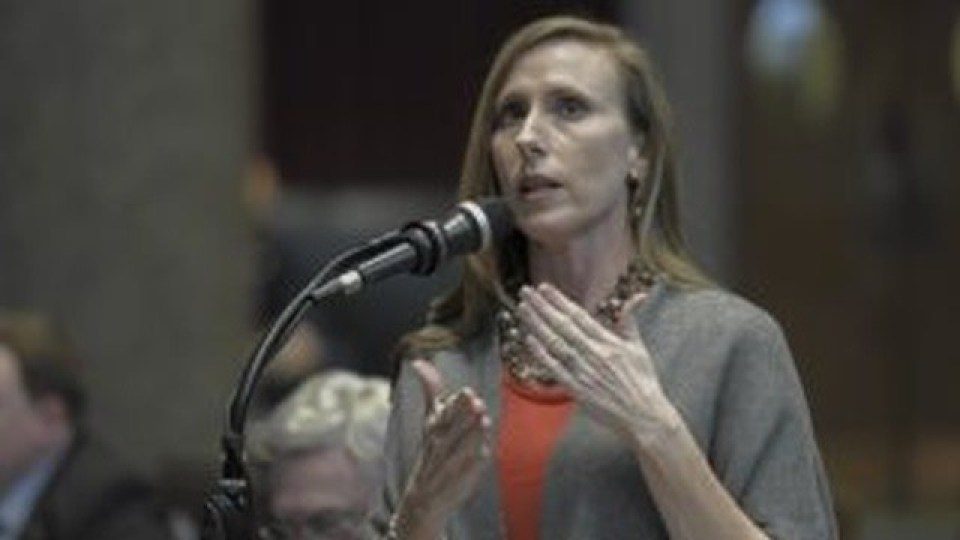 JEFFERSON CITY, Mo. (Missourinet)– Legislation aimed at modernizing the state’s current HIV laws has been filed by a bipartisan group of Missouri lawmakers, who say the current laws are based on information that is no longer scientifically accurate.

“Let’s work on these things (HIV and her prescription drug monitoring program legislation) and get them done to actually truly affect people’s daily lives at home,” Rehder says.

Supporters of the Rehder legislation want to see the laws change, so there is no longer an incentive to not get tested for HIV. They say current law treats HIV as a crime.

State Rep. Tracy McCreery, D-Olivette, joined Rehder at a December press conference at the Statehouse in Jefferson City. McCreery has filed her own version of the bill, which is similar to the Rehder bill. Representative McCreery tells Missourinet that modernizing the laws is critical.

“It’s a matter of life and death and it’s one of those issues that affects both rural and urban, suburban Missouri,” says McCreery. “And that’s why we’re working together.”

The Rehder and McCreery bills would both eliminate HIV-specific language in state law.

A coalition of groups ranging from Empower Missouri to the Missouri HIV Justice Coalition to the AIDS Project of the Ozarks is supporting the legislation. Spectrum Healthcare Executive Director Cale Mitchell tells Capitol reporters the state’s current laws are medically inaccurate.

“Diagnosis of a chronic illness should not be punitive and that’s what we have seen historically with the HIV laws that are in place,” Mitchell says.

Missouri’s current law has felony-level penalties if an HIV-positive person cannot prove that they disclosed their HIV status before engaging in sexual activity.

As for Rehder, she notes President Donald Trump (R) has aimed to cut HIV cases by 90 percent within ten years.

Empower Missouri says of the top 220 counties in the United States that are at risk of rapid dissemination of HIV infection among those who inject drugs, 13 counties are in Missouri.

All 13 of those Missouri counties are south of Interstate 70. They are Bates, Cedar, Crawford, Hickory, Iron, Madison, Ozark, Reynolds, Ripley, St. Francois, Washington, Wayne and Wright.