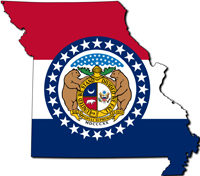 Right now, in the state of Missouri, any person who exposes someone to HIV could go to prison. If a person contracts HIV the person who gave it to them could go to prison for life. This law has put 82 people in prison since 1997. Activists explain this law is discriminatory and based on outdated science.

Empower Missouri Executive Director Jeanette Mott Oxford said the laws should be based on accurate science.

She said the current law makes assumptions about HIV transmission that we now know are incorrect.

“We hope that Missouri will modernize their law making it medically accurate and taking away the stigma of people with HIV by taking the HIV specific part out of our criminal code… certainly there should be laws about doing things such as biting people, but you shouldn’t have a higher penalty for being a person with HIV.”

“About 2/3rds of the United States have “HIV-specific” statues that result in prosecutions of those living with HIV for having sexual contact without being able to prove they disclosed their HIV positive status in advance,” according to activist group The Sero Project.

Senator Rob Schaaf, R-St. Joseph, said he could see the laws changing in the future.

“The law is based upon a false premise,” Sen. Schaaf said. “I doubt that there’s a big urgency in changing it, but I think it would eventually be changed to fit our understanding of the true situation.”

Mott Oxford said the Missouri HIV Justice Coalition plans to hold upcoming events to educate more people about the current law. If you are interested in joining the group, you can contact Mott Oxford at Empower Missouri at (573)-634-2901.

Currently there is no legislation to repeal this law.