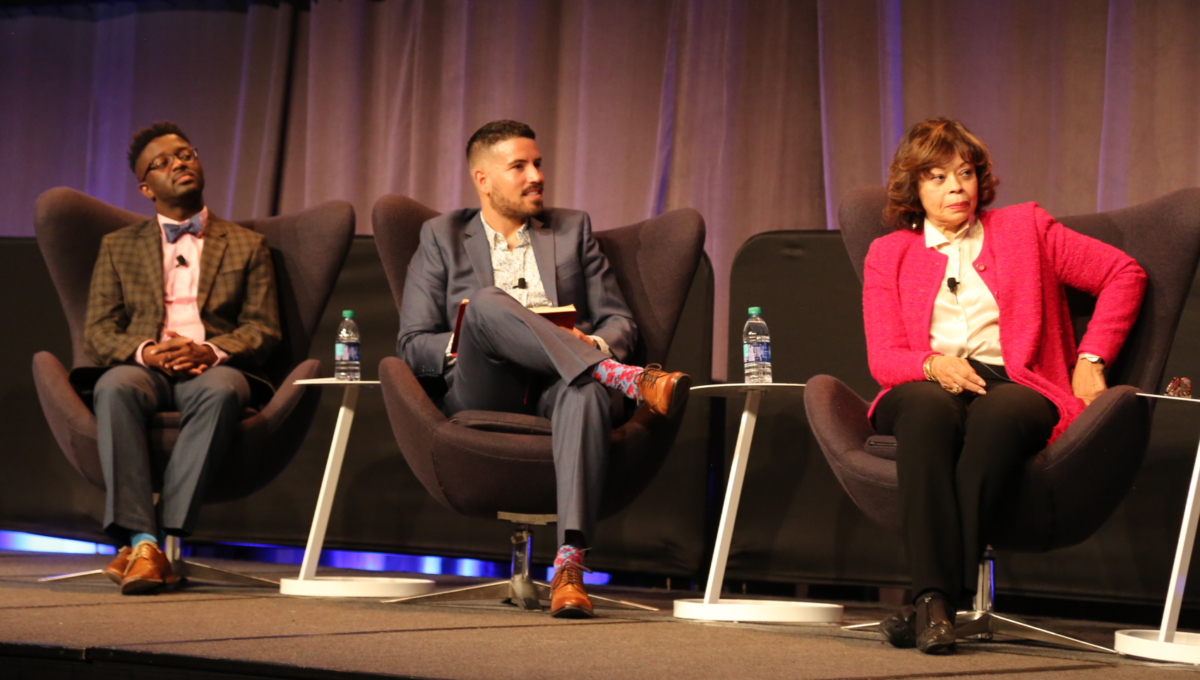 HIV-related stigma and its impact on HIV-related health disparities were the topic of the final plenary session at CDC’s National HIV Prevention Conference. The March 21 session examined social and cultural factors that have contributed to stigma as well as efforts to combat the effects of HIV-related stigma on specific populations. Moderator Johanne Morne, director of the New York State Department of Health AIDS Institute, reminded the conference participants that stigma is an historic and continuing theme that must be addressed to improve outcomes along both the HIV prevention and care continuums.

HIV Stigma and What Can Be Done to Combat It

Greg Millett, vice president and director of public policy at amfAR, delivered the keynote address, “Progress: Same or Different? HIV Stigma at 37.” He noted that while many of the most extreme forms of stigma from the early days of the HIV epidemic have dissipated over time, inaccurate beliefs about the HIV risk of casual social contact persist.

Such stigmatizing beliefs are supported by societal factors such as HIV criminalization laws, Mr. Millett said. He pointed to the fact that 29 states still have HIV-specific criminalization laws on the books and while over 800 people have been prosecuted using these laws, none of the prosecutions were for any actual HIV transmission. He highlighted a CDC assessment that found that HIV criminalization laws have no detectable HIV prevention effect given there was no association with HIV diagnosis rates or AIDS diagnoses in states with such laws.

Further, he observed that not only are people with or at risk for HIV too often stigmatized, but the effective tools to prevent HIV such as PrEP are also stigmatized. A recent study found that individuals who experienced a high degree of stigma around their choice to use PrEP were 50% less likely to be on PrEP at their next clinical visit. Additionally, he pointed to syringe services programs (SSPs) that are known to reduce the risk of HIV transmission among people who inject drugs. Yet, stigma related to both HIV and people who use drugs limits public support for SSPs, limiting their expansion in many communities that could benefit from them, he said.

A series of presentations followed, each discussing unique approaches to combating HIV stigma and offering recommendations on how to help reduce it to improve HIV prevention and care outcomes.

Dr. Eugene McCray, Director of CDC’s Division of HIV/AIDS Prevention, closed the session, thanking the participants from across the nation and the more than 500 of them who had shared results of their work with others in sessions, poster presentations, and exhibits during the conference. He noted that CDC was pleased to have been able to share more details of the Ending the HIV Epidemic Plan through several plenary session addresses and in a community engagement session. Implementing that Plan, he observed, will require ongoing dialogue and collaboration. With the powerful tools now available, the insights that data offer, leadership from all sectors, and community-driven and -developed plans, Dr. McCray indicated that he was confident that the nation could achieve the goal of reducing new HIV infections by 90% in ten years.