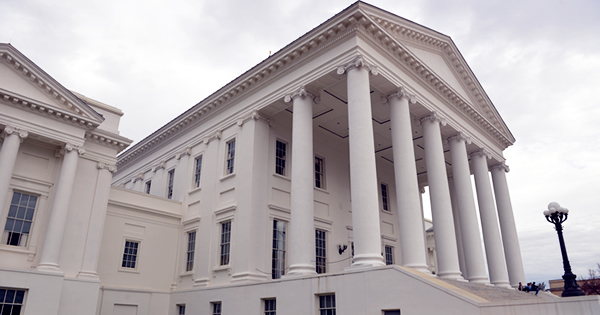 Equality Virginia Executive Director Vee Lamneck on Monday announced HIV decriminalization is among their organization’s legislative priorities during the 2021 legislative session that begins this week.

“Virginia is one of 37 states with outdated laws targeting and punishing people based on their HIV positive status,” they said during a Zoom call.

According to the Centers for Disease Control and Prevention, these states with laws criminalizing HIV exposure were implemented during the early years of the epidemic to discourage risky behavior leading to transmission, promote safer sex practices and in some instances receive funds to support HIV prevention. The CDC, however, states many of these laws “are now outdated and do not reflect our current understanding of HIV.”

Cedric Pulliam and Deidre Johnson, co-founders of Ending Criminalization of HIV and Over-incarceration in Virginia, support Equality Virginia’s efforts to decriminalize HIV transmission in the state.

“These laws disincentivize testing, deepen community distrust of public health institutions and put people living with HIV at heightened risk of intimate partner violence,” Pulliam told call participants. “Someone can be bit or spit on and they can go to court on that and we know that’s not how transmission occurs.”

Senate Bill 1138, the proposed HIV decriminalization law, is one of eight bills for which Equality Virginia and state legislative sponsors are encouraging public support once the General Assembly convenes on Wednesday. They include an LGBTQ panic defense ban, second-parent adoption protections and an effort to amend the state constitution to affirm marriage equality.

Virginia voters in 2006 approved an amendment to the state constitution to ban same-sex marriages and unions, though the U.S. Supreme Court’s 2015 Obergefell decision rendered the change unconstitutional.

Sickles told attendees on Monday’s call he supported the bill to repeal the marriage amendment, and the two-year amendment process it would initiate because of the conservative makeup of the U.S. Supreme Court and “we don’t know where they are going to go right now.”

However, he felt confident the legislation would pass the 2021 session and make its way to Virginia voters in 2022 when they will vote to affirm marriage equality in the state’s constitution.

“The way Americans think about this fundamental right,” Sickles said. “We should get an overwhelming majority in 2022.”

Lamneck said it was important to remove the ban on marriage equality from Virginia’s legal code and from the state constitution “which is a reflection of Virginia’s values.”

Many of the other advocates and supporters on the call used a virtual poll to signal their support for a ban on the so-called panic defense.

Sponsored by state Del. Danica Roem (D-Manassas), this legislation would prevent a defendant from blaming violence or murder on the victim’s sexual orientation or gender identity.

“For Black or brown trans women, we know this is more likely to happen in court that the perpetrators would say the violence was okay because they were LGBTQ,” Equality Virginia Program Director Thalia Hernandez told participants. “It is unacceptable that this is still happening in Virginia and we need to make sure that it is not happening any more.”

Hernandez was pleased to see many of the measures promoted by Equality Virginia were being supported by attendees via the poll, including protections for LGBTQ seniors and Gov. Ralph Northam’s proposed expansion of Medicaid coverage to include transgender health care services.