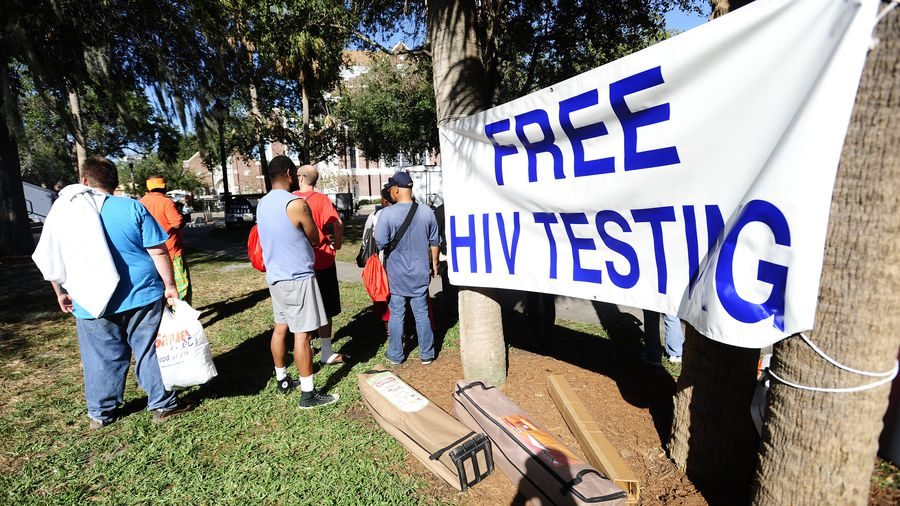 HIV in Florida is on the rise. Here’s how we can change that.

The state has mishandled the epidemic in the past, but lawmakers can get it right now

Last week, Floridians learned that as governor, Rick Scott rejected $70 million in federal funding to fight the state’s HIV epidemic between 2013-2017. During those years, New York invested heavily in testing, treatment, and services for people living with HIV—and reduced its rate of new diagnoses by 30 percent. Of the 10 states with the most annual HIV diagnoses, only Florida saw an increase—a whopping 11 percent. 23,413 Floridians have had their lives altered as a result.

Florida’s new governor, Ron DeSantis, just announced that his administration will lead a “robust program” to reduce HIV and AIDS in the state. HIV advocates will work with him to fulfill this promise.

Yet ending the epidemic in Florida requires more than promises. Access to care and services for people living with HIV is key. Modern antiretroviral treatments reduce the amount of the virus in the body so low tests can’t detect it. After six months, the person cannot transmit HIV to their sexual partners as long as they stay undetectable. The CDC confirmed that maintaining an undetectable viral load is 100% effective at preventing HIV transmission, even without condoms. Ensuring every person with HIV is diagnosed and is linked to care and support to stay in care (stable housing, mental healthcare, transportation for medical appointments, etc.) keeps the person with HIV healthy and prevents transmission.

Further, Florida legislators must align our laws with modern science. Currently, outdated laws criminalize people with HIV for consensual sex. People can be convicted of a felony even when no transmission occurred or was possible. One accusation can ruin a life.

These laws are different from other criminal laws. The burden of proof lies on the person living with HIV to prove they told their partner. But intimate conversations rarely take place in writing. And no intent to “harm”–or actual harm–is required for conviction. Disputes about facts routinely work in favor of the accuser, ruining lives. Headlines about such cases further stigmatize HIV, driving people living with HIV back underground, afraid to disclose or sometimes even to get medication because of the legal and social consequences of criminalization and stigma.

These laws undermine the public health goals of testing and treatment. The National HIV/AIDS Strategy recommended that state governments review their criminal laws for this very reason. And a 2017 study authored by CDC staff found that laws criminalizing HIV have “no detectable prevention effect.”

Florida government can right this wrong by funding care and services and by modernizing the state’s criminalization laws. The Florida HIV Justice Coalition, a group of people living with HIV and organizations working with communities affected by HIV, formed to help legislators align our laws with science and public health.

Together, we can make Florida a state where no one is afraid to seek HIV testing or care.

Jennie Smith-Camejo, of Miami, is communications director for Positive Women’s Network, USA. Kamaria Laffrey, of Winter Haven, is the Southern engagement community coordinator for the Sero Project. Christine Hanavan, MSW, of Orlando, is a community organizer for Sex Workers Outreach Project Behind Bars. Alejandro Acosta, of Fort Lauderdale, is the HIV advocacy manager for Equality Florida.