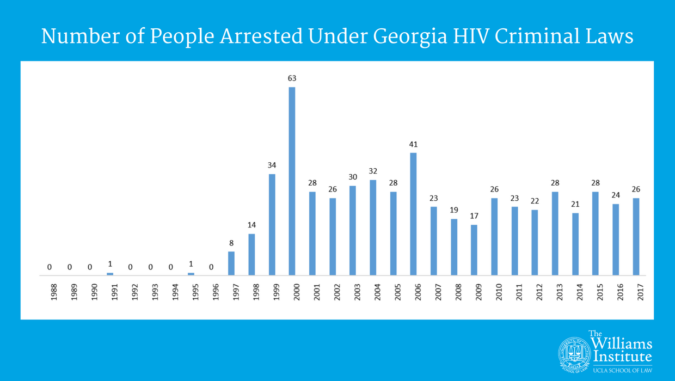 Georgia laws that criminalize people living with HIV have resulted in 571 arrests from 1988 to September 2017, according to state-level criminal history record information analyzed by the Williams Institute. Analyses show some disparities in enforcement of the laws based on race, sex, geography, and underlying related offenses, including sex work and suspected sex work.

This report provides the first-ever overview of the use and enforcement of HIV-related laws in Georgia.