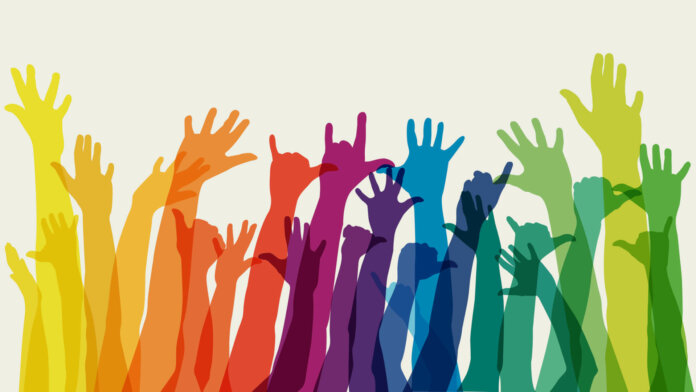 ‘You gasp in relief, you don’t celebrate’

LGBTQ groups share mixed feelings on bills that passed, failed during the session

It’s easy to measure Nevada’s success in passing legislation that enhances LGBTQ protections when compared to the wave of anti-LGBTQ bills, specifically anti-trans proposals, that have been sweeping through state legislatures in 2021.

At least 17 bills were passed around the country that targeted trans youth seeking gender-affirming care and allowed for religious exemptions to providing services to the LGBTQ community — the Human Rights Campaign called 2021 the worst year for anti-LGBTQ legislation.

“So many of the bills are just to be able to gain basic dignity and we’re coming from such a deficit,” said Brooke Maylath, the president of Transgender Allies Group.

Maylath called those victories, including HIV modernizing, “bittersweet,” adding that “you gasp in relief, you don’t celebrate.”

But the bills that failed, she added, hurt more.

While general LGBTQ-inclusive legislation was able to advance, two bills specifically enhancing protections for the gender-diverse community, one to ensure insurance companies cover gender-affirming procedures and another to require the Nevada Department of Corrections to develop policies around protecting and housing transgender inmates, died.

“I’m stunned and bitter. I feel locked out in the cold,” Maylath said. “Part of it is Covid. Not being in the building has hurt everybody equally. For public health reasons, it was very necessary. But there are certain elected officials who are very good about listening to their own interested lobbyists and pay no never mind to those they don’t have a vested interest in.”

Andre Wade, the Nevada state director for Silver State Equality, said while he was proud overall of the work done during the session, “there is still some disappointment” around the bills that failed.

“There are huge implications to trans health and well-being and the treatment of trans people in the criminal justice system,” he said, adding the fact that the bills strengthening those protections “stalled is disheartening and upsetting.”

Nevada, he added, still made progress, which he attributes in part to having at least four openly LGBTQ lawmakers.

“Having 20 LGBTQ specific or inclusive bills from the jump is amazing in and of itself,” he said. “The fact that 50 percent have passed is amazing. The thing that is important is we moved from core nondiscrimination protection bills around public accommodations and employment and were able to get into the nooks and crannies of things affecting people’s everyday lives.”

The biggest difference between Nevada and other states, he added, was that the state didn’t “have to play defense like some other states when it comes to gross anti-trans bills.”

According to the Human Rights Campaign, there were more than 250 bills introduced in state legislatures in 2021 that target the LGBTQ community.

The biggest clump of legislation were anti-trans, including:

While Nevada didn’t embark on a similar path, groups agreed there is room for improvement.

‘Failed in some areas’

The death of Senate Bill 139, which would have required health insurance policies to cover “the treatment of conditions relating to gender dysphoria, gender incongruence and other disorders of sexual development,” hurts Maylath the most.

Trans and gender-nonconforming people share stories during the bill’s hearing about having to pay out of pocket for affirming procedures a health care provider deemed medically necessary. Procedures included “top surgery,” which includes breast reduction or removal, and voice therapy.

“I consider this common sense legislation,” said Sy Bernabei, the executive director for Gender Justice Nevada. “It makes sense that if there is a diagnosis of gender dysphoria and a doctor says, ‘here are these gender-affirming procedures,’ and (the diagnosis) is rooted in medical care and theory, then why wouldn’t we make it easier for insurance to cover these policies?”

Both Bernabei and Maylath said the legislation could have saved lives.

During testimony for the bill, Bernabei added when transgender and gender-nonconforming people don’t have procedures covered by insurance they are more likely to experience depression or be at-risk of suicide.

Several fiscal notes were attached to the bill essentially dooming the bill’s fate.

Clark County said if the bill expanded coverage for conditions related to gender dysphoria “assuming two reassignment surgeries per year, or one per 10,000 members,” it would cost $1.5 million over two years.

“In a $9 billion budget you can’t find money for gender-affirming procedures, which are actually life-saving procedures,?” Maylath asked, adding that trans people are already paying into insurance plans.

“We pay the same benefits as everybody else yet the lifesaving procedures for us are denied administratively.”

After passing out of the Senate Committee on Commerce and Labor April 2, SB 139 was sent to the Senate Finance committee, chaired by state Sen. Chris Brooks, where it died without another hearing.

Maylath, who presented the legislation alongside bill sponsor state Sen. Melanie Scheible, said she reached out to Brooks multiple times but never received a response.

Senate Bill 258, which would have required NDOC to adopt regulations around housing, heath care and security for transgender inmates, also died.

The hearing included letters from inmates and testimony for attorneys representing transgender inmates who detailed horrific allegations of abuse and sexual assault.

“We’ve got this draconian system that preys on people of color and puts them into subhuman conditions and then denies basic human rights and access to health care and appropriate housing to keep them safe from rape,” Maylath said.

The department attached a $1.3 million fiscal note to the bill. Maylath said the fiscal note was “inflated and unnecessary”  and called it “an administrative trick” to keep the bill from going forward.

NDOC also attached a nearly $4 million fiscal note to another one of Scheible’s bills, Senate Bill 22, that caps how much prison officials can deduct from inmate’s accounts.

Brooks scheduled a hearing for the legislation in the Senate Finance Committee, lawmakers challenged the accuracy of the fiscal impact, and the Legislative Counsel Bureau concluded they couldn’t verify the accuracy of the amount. The bill then passed both houses unanimously.

It’s unclear why the same level of scrutiny given to the fiscal note on SB 22 wasn’t given to SB 258.

Maylath said the bill “was about getting the Department of Corrections to properly write transgender and gender variant prisoner policy” so guidelines were consistent across prisons and clear for all corrections officers to understand.

“So for the 30, 40 prisoners they have who are gender variant, (NDOC) wants to continue to not have to change their ways so they can be able to do what they’ve always done, which is applying extrajudicial punishment for people who are different,” she said.

Bernabei wasn’t surprised that those bills didn’t pass, but was still disappointed.

“Even though we have a progressive body right now and some really great lawmakers, we still couldn’t get through what we should have,” they added. “At least we didn’t pass anti-LGBTQ bills, but I feel like we still kind of failed in some areas.”

Wade said one of the more significant wins for the LGBTQ community was Senate Bill 275, which modernizes the state’s HIV laws.

“It’s part of a broader movement across the nation with at least nine other states mulling similar legislation,” Wade said.

The legislation repeals a provision in Nevada law that makes it a category B felony for a person who tested positive for HIV from “knowingly or willfully engaging in a manner intended to transmit the disease.”

Laws criminalizing HIV transmission that were put in place during the height of the HIV/AIDS pandemic targeted gay and trans people and don’t reflect the innovations in science and medicine around the disease. Former state Sen. David Parks had worked for years to change those laws.

“How do you criminalize having a virus?” Maylath said. “It was bad they criminalized it in the first place… Is it room for celebration? I don’t know. How do you celebrate being able to get what’s owed to you on a human dignity basis after having it taken away from you for the past 30 years?”

Wade said it’s hard to undersell the importance of Assembly Bill 261, which creates inclusive curriculum standards that takes into consideration the perspectives and contributions of marginalized communities such as the LGBTQ community, Black, indigenous people of color and immigrants.

“It will allow racial and ethnic minorities and sexual and gender minorities to see themselves in history books and civic books and for our cisgender, heterosexual peers to see us as well,” Wade said.

Bernabei noted the important step of passing AB 261 especially in contrast to other states that banned “critical race theory” from being taught in schools. While the bill is a good step, they added the implementation process is something to watch.

“What is it going to look like when it’s implemented,” they said. “When we talk about LGBTQ history, are we only going to be celebrating Harvey Milk (the first openly gay elected official in California)? Are we celebrating trans folks who have contributed or people of color in our community? I’m glad it passed, but I’m interested to see what happens with it.”

“Our hate crime reporting data, in general, isn’t that great,” Wade said. “But this will allow us to have better data on sexual orientation and gender identity so we can know what the rise of hate crimes look like throughout the state and get reports so we can know how to address the situation.”

Assembly Bill 115 would allow more than two individuals to be legal parents and allows for all consenting parents to share in the duties and responsibilities of raising the child.

“This isn’t just an LGBTQ bill, this is also a step-parent bill. This is a bill for families who need legal protections for modern families,” Wade said.

While there wasn’t a concerted effort to advance anti-LGBTQ legislation in 2021, Bernabei wouldn’t be surprised if the progress made during the session prompted backlash in 2023, especially if Democrats lose seats.

But LGBTQ groups will be ready.

“The good thing about where we’re at is there are more people coming out not because there are more gay and trans people but because it’s safer and more affirming,” Bernabei said. “With more voices, we have more political power.”