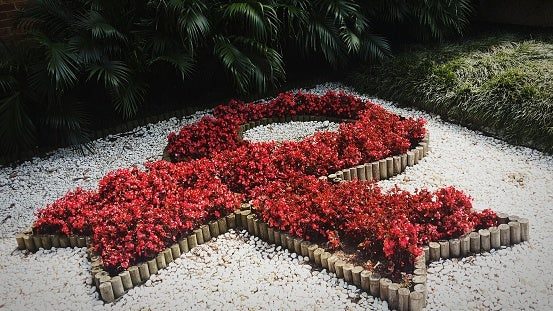 It is widely unknown amongst the general population in the U.S. that we currently have antiquated and discriminatory laws that criminalize people living with HIV.

Two thirds of U.S. states, territories, and possessions have HIV-specific criminal statutes used to prosecute people with HIV. Most Americans would be shocked to learn that the only country that has prosecuted more people based on HIV status than the U.S. is Russia.

Repealing these laws would have been a priority for my grandmother, and I feel it is more important than ever to shine a light on these issues, especially given the new political climate we’ve entered.

Legislation criminalizing HIV began in the early 1980s when contracting the disease was thought of as “a death sentence.”

Three decades later, this is no longer the case. Current HIV medication, when taken regularly, reduces viral load (the amount of HIV in your blood) making it almost impossible to transmit the virus.

We also now have medications that can prevent HIV transmission — a daily pill called PrEP that some people have compared to the birth control pill, but for HIV prevention. Yet, the laws have not caught up with medical advances.

Most of the laws are about disclosure and make it illegal for a person with HIV to engage in sexual contact without first disclosing their status. It doesn’t matter if the person has an undetectable viral load and/ or uses a condom and no HIV transmission occurred. In some places spitting or exposure to saliva can be prosecuted as a felony, even though we’ve long known that HIV can’t be transmitted through saliva.

My advocacy work with The Elizabeth Taylor AIDS Foundation and our grantee partner, SERO Project (a network of people with HIV and allies fighting for freedom from stigma and injustice), has introduced me to some heartbreaking stories of people whose lives are ruined by these unjust laws: Kerry Thomas, a grandfather in Idaho, is serving 30 years in prison for consensual sex where both parties agreed that he always insisted on using condoms.

His medical records show he had an undetectable viral load and the virus was not passed, yet Kerry was convicted anyway. And Willie Campbell, who is serving 35 years in a prison in Texas for spitting, after the court classified the homeless man’s saliva as a “deadly weapon”.

These cases are not just happening in ‘red states.’ The state of California has arrested and charged more than 800 people under HIV criminalization statutes between 1988 and 2014.

This is a human rights issue. Lack of education and misinformation are being used as weapons of blatant discrimination. In fact, most of the laws are very vague, leaving too much to interpretation and potential discrimination.

According to the CDC, as of 2015, 92 percent of new infections occur from people who do not know their status or are not on treatment. If laws criminalizing HIV and stigma were gone, people would feel more at ease to disclose their status, whether at work, or in an intimate or sexual relationship, ultimately resulting in more people getting tested, knowing their status and directly reducing the spread of new HIV infections.

Laws that criminalize HIV increase stigma and discrimination. They hinge on the disclosure requirement, which frequently comes down to “he said-she said”, with the HIV-positive person more often than not perceived as a villain, and facing an assumption of guilt when in a courtroom.

Using updated scientific facts to educate the public can work. In Colorado, the state legislature recently voted to pass Senate Bill 146, repealing two HIV criminalization statutes and reforming others. “Most people really knew very little about this topic. Yet when presented with evidence, they quickly agreed these laws are anachronistic and are no longer based on current science and medicine,” Colorado Senator Pat Steadman said of the success local advocates had in changing the outdated legislature.

Now in California there is an opportunity to pass legislation that is inclusive, updated, and reflective of the advances we make in society.

Passage of reforms like Senate Bill 239 are necessary next steps in the fight against HIV in the U.S. and around the world. We know that marginalized communities face huge disparities with HIV and AIDS rates, and specific HIV criminalization laws only exacerbate this fact.

Most people faced with HIV criminalization charges in California include people of color, cis and transgender women, and LGBTQ youth.

Thankfully we also have organizations like Equality California, the ACLU, Positive Women’s Network, and others who support medically and scientifically accurate information pertaining to HIV, and continue to work with members of the Californians for HIV Criminalization Reform (CHCR) coalition to ensure justice and empathy for people living with HIV. One thing we should all know: HIV is not a crime.

My grandmother’s work as an activist and advocate is inspiring. She had such visibility and used it so brilliantly to help raise awareness and ease the suffering of those with HIV. And while we don’t all have that same kind of visibility, if we all work to speak out about intolerance, and we do what we can to raise awareness, then we become a movement, and that’s what becomes a force for change.

Naomi Wilding is granddaughter of the legendary actress and humanitarian, Elizabeth Taylor. She is now an ambassador of The Elizabeth Taylor AIDS Foundation and has pledged to do what she can to help those living with HIV and AIDS, and in creating an AIDS-free generation.