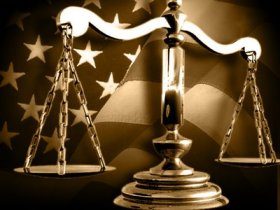 Advocates for decriminalizing HIV in Georgia saw small wins last week as two measures from state lawmakers that would create committees to study the issue moved closer to passage.

Nina Martinez, a member of the Coalition to End HIV Criminalization in Georgia, testified about one of the measures before the House Special Rules Committee on Wednesday.

“Our HIV non-disclosure statute makes it a felony crime for me not to disclose my HIV-positive status before engaging in private consensual conduct, without regard to whether or not measures are taken to prevent HIV exposure and transmission. Without harming anyone or intending to harm anyone, I could face up to 10 years of imprisonment,” Martinez told the committee.

In Georgia, HIV criminalization laws make it a felony for an HIV-positive person to engage in sex without first disclosing their status. The laws also criminalize acts like spitting when the behavior is directed at law enforcement officers with penalties that include up to 20 years in prison.

Rep. Dominic LaRiccia, a Republican from Douglas, challenged Martinez on her statement.

“Would you share briefly a specific instance, personally, of where you have been discriminated against and how it impacted your ability to move freely and do all the things that you do?” LaRiccia asked.

Martinez responded by discussing being the victim of an attack that she decided against reporting to law enforcement over concerns about her HIV status.

“About nine years ago I was sexually assaulted by an Emory undergraduate student. I was at Emory for graduate school, and because of this law I immediately knew that I wasn’t going to report it to law enforcement,” Martinez said.

Martinez also spoke on a panel about HIV decriminalization in November.

Rep. Buddy Harden, the Republican chair of the committee, quickly thanked Martinez for her testimony and the committee voted to approve the resolution. The measure, House Resolution 240, is from Rep. Sharon Cooper, a Marietta Republican.

But the resolution that passed last week was a watered down version of what Cooper initially proposed in February. It called for the creation of a Joint Study Committee on Reforming HIV Related Criminal Laws but was pared back to propose a House-only committee that will investigate reforms needed to address a variety of chronic illnesses, including HIV, as well as asthma, obesity, shingles and influenza.

The new language now calls on the study committee to “assess the HIV laws’ alignment with current evidence regarding HIV transmission risk and consider whether these laws are the best vehicle to achieve their intended purpose,” in addition to addressing the other chronic health issues.

“WHEREAS, identifying the barriers to HIV awareness, testing, and early linkage to care would be in the state’s best interest; Georgia ranks fifth in the nation for new HIV diagnoses; the Atlanta-Sandy Springs-Marietta area is listed as eighth in cities with the highest rate of new HIV infection; it is estimated that one in 51 Georgians are at risk of contracting HIV in their future.”

Lawmakers create study committees to hear expert testimony and collect information about an issue ahead of possible legislative action. It is too late in the session to gain approval for a joint study committee – one that includes House and Senate members – so the measure approved last week was limited to a House study committee. That means it only needs House approval to create the nine-member study committee that would include five lawmakers and four health experts.

With just two days – Tuesday and Thursday – left in the session, it’s not clear if Cooper’s resolution will see a full House vote.

The other promising study committee is from Sen. Vincent Fort (photo), an Atlanta Democrat who introduced Senate Resolution 465. That resolution would create a nine-person panel and includes language from Cooper’s original resolution:

“[M]any of these state laws criminalize behaviors that the CDC regards as posing either no or negligible risk for HIV transmission even in the absence of risk reduction measures.”

Fort’s resolution received a favorable recommendation from a Senate committee but it’s not clear if the Senate Rules Committee will push the resolution to the full Senate for a vote.

LGBT and HIV activists have blasted HIV criminalization laws in nearly three-dozen states as a failure, criticizing the statues for adding stigma to HIV, keeping people from getting tested, and oppressing already marginalized populations such as LGBT people.

In February, state lawmakers joined with LGBT and HIV activists during a public hearing to explore the impact of the HIV epidemic among black Georgians as well as HIV criminalization laws.