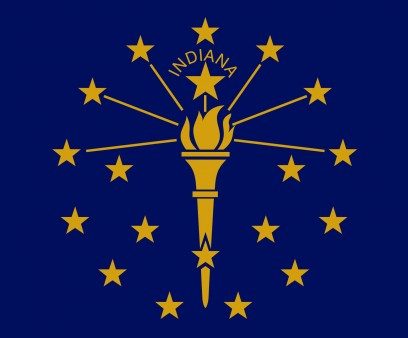 Many Indiana state laws regarding HIV make it a crime to have the virus—commonly referred to as HIV criminalization—and HIV Modernization Movement-Indiana (HMM), a newly formed coalition, seeks to change that. The group, which is made up of students, professors, nonprofit leaders, legal advisers and more, examines Indiana’s HIV laws, in hopes of modernizing them based on current research.

HHM states that its guiding principles for modernizing laws are:

HMM started after POZ founder Sean Strub, who leads the anti-criminalization advocacy group Sero Project, spoke at Indiana University-Indianapolis in December 2015. Strub and Scott Schoettes, Lambda Legal HIV project director, discussed the problems of criminal law in Indiana with a group of 40 community members. Following that, 10 individuals attended the HIV Is Not a Crime II conference in May to be trained on law reform and subsequently formed HMM. The group, which is made up of HIV-positive and HIV-negative people from diverse backgrounds, mostly from the Indianapolis area, meets once a month.

Longtime HIV/AIDS activist Carrie Foote, PhD, leads the group. An associate professor at Indiana University-Purdue University Indianapolis, she was included in the 2015 POZ 100, which celebrated long-term survivors of the virus.

“Current Indiana laws that criminalize HIV are based on outdated assumptions about HIV and single out HIV to be handled differently than other sexually transmitted infections, which also, if left untreated, can seriously harm a person,” Foote says. “Most of these laws were passed when far less was known about the actual routes and risks of HIV transmission and prior to the introduction of effective HIV treatments. The laws are also overly broad and subject to different interpretations, do not reflect best criminal law practices, have punishments completely disproportionate to any purported harm, and do not reflect the current science regarding how HIV is (and is not) transmitted.”

In an email exchange with POZ, Foote spells out specific HIV laws that HMM is targeting:

IC 16-41-7-1 (Carriers’ duty to warn persons at risk) and IC 35-45-21-3 (Failure of carriers of dangerous communicable diseases to warn persons at risk) criminalize nondisclosure of HIV status in cases where a person knows their status and engages in sexual or needle sharing activity that has been shown “epidemiologically to transmit a dangerous communicable disease, which in Indiana includes HIV and hepatitis B.”

IC 16-41-14-17 (Donation, sale, or transfer of HIV infected semen) and IC 35-45-21-1(b)-(c)(Transferring contaminated body fluids) make it a felony for HIV-positive persons to donate or sell their semen, blood or plasma.

HMM and Foote believe that these laws do little to prevent transmission and instead promote stigma and discrimination.

“One of the most troubling aspects of Indiana Code involves the Indiana Duty to Warn statute (IC.16-41-7), which requires a person living with HIV to disclose his or her HIV status to sex or needle-sharing partners,” Foote explains. “A person can be prosecuted for engaging in consensual sexual activities if they do not disclose, even in cases where no HIV transmission is possible. The same is true for the sentence enhancement criminal codes. Such enhancement occurs in situations where it is impossible to transmit HIV. As such, in Indiana, a person can be tried and convicted simply because of his or her HIV status, which is discriminatory and perpetuates HIV stigma.”

HMM is also working to reform public health practices, such as Indiana’s Recalcitrant Program,which accepts reports of HIV-positive persons accused of “violating the Indiana HIV disclosure law.” Coupled with counseling, the program has people sign a form saying they’ve been advised on the “Carriers’ duty to warn persons at risk” law.

“While the program may have some positive attributes, such as offering counseling services around disclosure, we have serious concerns about the program’s goal to ensure compliance with the Indiana Duty to Warn laws as a way to decrease the spread of HIV,” Foote says. “This is because the research shows that such laws do not prevent the spread of HIV, serve primarily to stigmatize PLHIV [people living with HIV] and are not best practices for public health policy.”

Indiana was brought into the spotlight a year ago when more than 100 new HIV cases in Austin, Indiana, were reported in an outbreak linked to opioid addiction. At this point, no one involved in the outbreak has been charged under any of the above statutes, yet as HIV-positive people, they now could be criminalized in the future if the laws remain as they are.

“[There’s been] neutral effect on criminalization laws thus far, as our laws were mostly created in the early ’90s, and very [few people], if anyone, in Indiana has given much thought to even questioning those laws until now,” Foote continues. “That said, we do anticipate challenges to modernization and reform, given our conservative governmental leadership in Indiana but are hopeful that with education and strong advocacy efforts, modernization is inevitable to happen.”