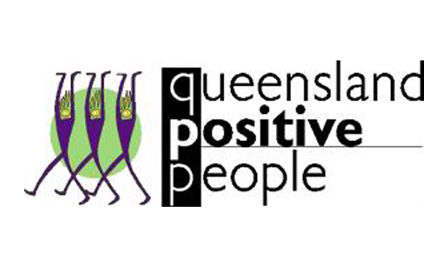 Queensland Positive People (QPP) is a peer-based advocacy organisation which is committed to actively promoting self-determination and empowerment for all people living with HIV (PLHIV) throughout Queensland.

Below is their press release issued on 6 April 2016 in the light of the recent High Court ruling related to intent in HIV transmission cases.

The criminal law is an ineffective and inappropriate tool to address HIV non-disclosure, exposure or transmission. International best practice acknowledges that public health frameworks are best placed to encourage a shared responsibility for HIV transmission, and public health interventions seek to effect change in risk-taking behaviour among those who have difficulty taking appropriate precautions to prevent the transmission of HIV.

Urgent legal review of State and National guidelines for determining if an individual poses a reckless risk of HIV transmission is required following the scientific acceptance that PLHIV on treatment with an undetectable viral load pose a negligible risk of transmitting HIV via sexual intercourse. Despite scientific consensus on this issue, Australian criminal law has failed to acknowledge the contemporary science of HIV transmission and instead relies on incorrect, out of date and stigmatising perspectives of HIV that do not acknowledge that with proper adherence to HIV medication, it is a manageable chronic illness with a full life expectancy.

To explain why Australian criminal law lags behind United Nation recommendations and criminalises HIV transmission, Cipri Martinez, President of the National Association of People with HIV Australia (NAPWHA) states “stigma, fear and discriminatory perceptions of HIV influence the decision to proceed with criminal charges– a statement clearly evidenced by a lack of criminal prosecution or media attention regarding the transmission of other notifiable conditions such as syphilis or hepatitis.” HIV is treatable, but criminal charges perpetuate the inaccurate position that HIV is still a death sentence and therefore deserving of a severe punishment.

A decision has been handed down in the High Court regarding a Queensland criminal HIV transmission case.

Whilst inappropriate to comment on the specifics of the case, the NAPWHA and Queensland Positive People (QPP) highlight that the trying of HIV transmission through the courts is a complex and fraught issue.

The overly broad use of the criminal law has far reaching negative impacts upon the HIV response. In line with UNAIDS guidance, NAPWHA and QPP urge that any application of the criminal law in the context of HIV must not undermine public health objectives.

Cipri Martinez states that “The use of the criminal law in responding to HIV transmission has been widely regarded as a blunt and ineffective tool with adverse implications for public health. In line with the recommendations of the UN Global Commission on HIV and the Law, the criminal law should only be reserved for cases where an individual exhibits clear malicious intent to transmit HIV with the purpose of causing harm.”

“There are alternatives to the criminal justice system to address HIV transmission or allegations that a person living with HIV is placing other people at risk of HIV, such as public health legislation” Martinez said.

Criminalising HIV transmission sends unbalanced messages about the shared responsibility for prevention, creates disincentives for people to get tested and does, in fact, discourage disclosure of HIV status. These outcomes undermine prevention efforts and actually increase the risk of further HIV transmission.

Criminalising transmission does not acknowledge the complex factors that may impact an individual’s ability to disclose status or take the necessary precautions to prevent HIV transmission.

QPP President, Mark Counter agrees with NAPWHA’s position, saying “Public health interventions acknowledge the complex factors unique to each case, such as power imbalances, impairment, discrimination or other social determinants of health that may confuse or limit an individual’s ability to prevent transmission.”

National and State HIV strategies have identified the shared goals of achieving virtual elimination of HIV transmission in Australia by 2020.

“We are all working towards the shared goal of reducing HIV transmissions. The only way we are going to achieve this goal is by continuing to implement evidence-based human rights responses to HIV. These responses include educating the public about HIV and empowering people to avoid transmission or live successfully with HIV. The broad use of the criminal law does not help us achieve these goals” Counter says.

We need to be expanding programs which have been proven to reduce HIV transmission whilst protecting the human rights of people living with HIV and those who are HIV negative. Further, we need to encourage and empower people living with an unknown status to get tested and to ensure HIV prevention services are available to all that need them.

One of the unfortunate side effects of criminal prosecutions is the misinformed and stigmatising media that can accompany the reporting of these cases.

“We call on media outlets to appropriately report on HIV transmission cases with facts and not fear. Inaccurate statements not only undermine our efforts to educate the public about HIV, but also create an environment of fear for people living with HIV or people thinking about testing. It is vital that we encourage people to test – not discourage or frighten them from testing” Counter said.

For assistance in reporting appropriately on HIV, journalists should refer to the Australian Federation of AIDS Organisations HIV Media Guide.