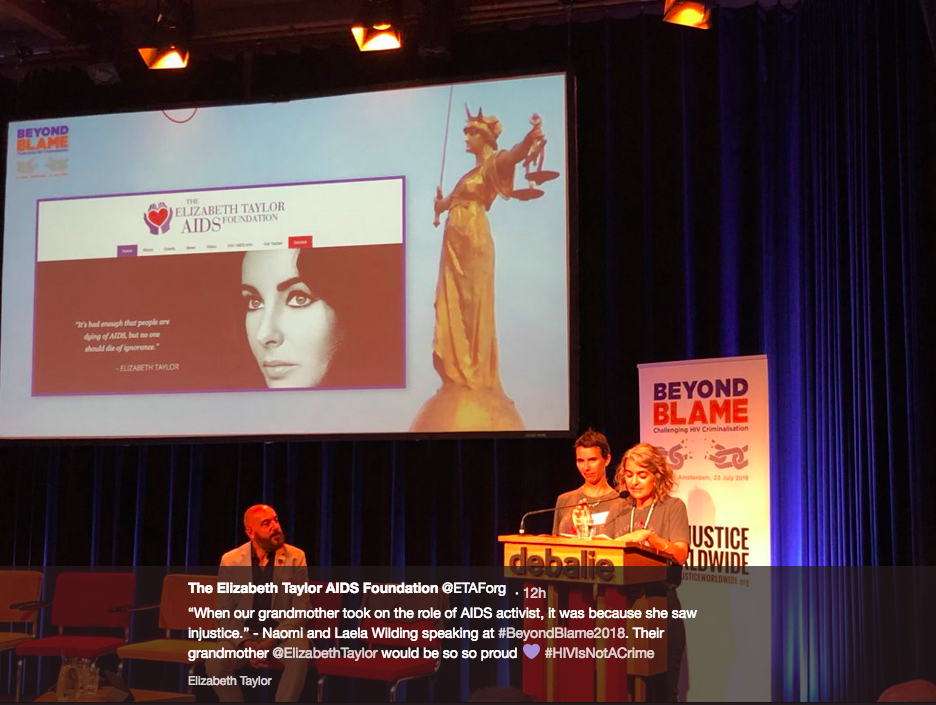 Beyond Blame 2018: Challenging HIV Criminalisation was a one-day meeting for activists, advocates, judges, lawyers, scientists, healthcare professionals and researchers working to end HIV criminalisation. Held at the historic De Balie in Amsterdam, immediately preceding the 22nd International AIDS Conference (AIDS 2018), the meeting was convened by HIV JUSTICE WORLDWIDE and supported by a grant from the Robert Carr Fund for Civil Society Networks. The meeting discussed progress on the global effort to combat the unjust use of the criminal law against people living with HIV, including practical opportunities for advocates working in different jurisdictions to share knowledge, collaborate, and energise the global fight against HIV criminalisation. The programme included keynote presentations, interactive panels, and more intimate workshops focusing on critical issues in the fight against HIV criminalisation around the world.

The more than 150 attendees at the meeting came from 30 countries covering most regions of the world including Africa, Asia and the Pacific, Eastern Europe and Central Asia, Latin and North America and Western Europe. Participation was extended to a global audience through livestreaming of the meeting on the HIV JUSTICE WORLDWIDE YouTube Channel, with interaction facilitated through the use of Twitter (using the hashtag #BeyondBlame2018) to ask questions of panellists and other speakers. See our Twitter Moments story here.

A video recording of the entire meeting is available on HIV JUSTICE WORLDWIDE’s YouTube Chanel.

At the end of the meeting, participants were asked to make some closing observations. These included: