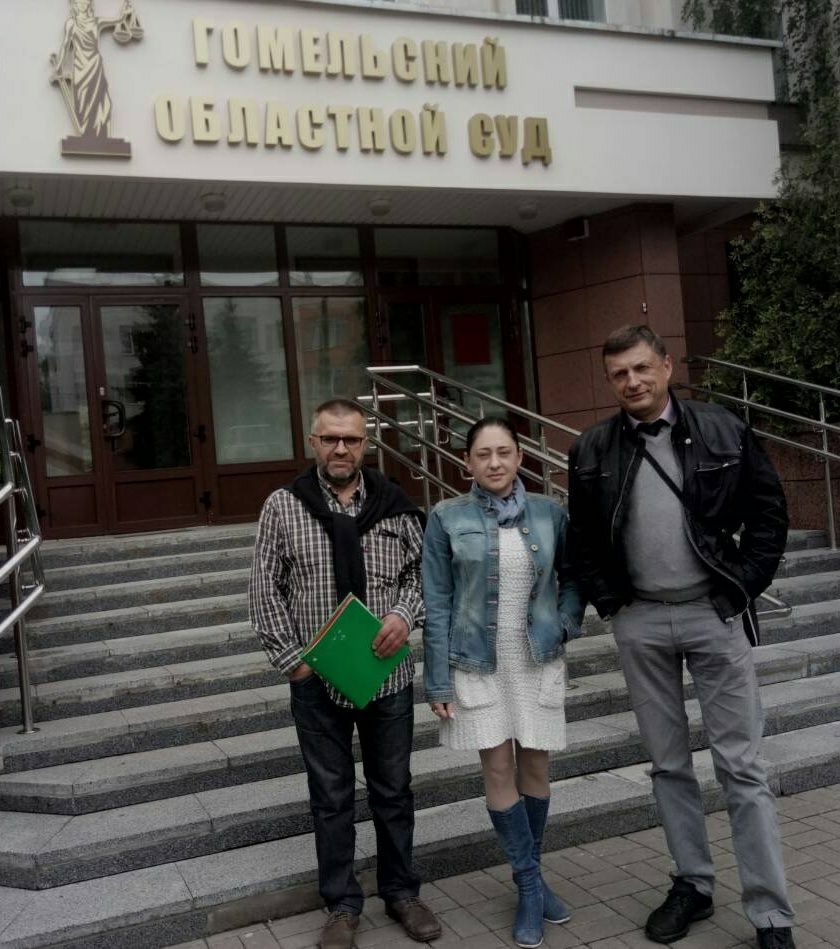 Our EECA hub, the Eurasian Women’s Network on AIDS (EWNA), part of the GNP+ family, found that between January 2015 and June 2017, 128 criminal cases had been prosecuted under Article 157, Belarus’ overly broad HIV-specific criminal law.

The highest number of cases in the country were reported in the Gomel region. Between 2012 and 2016, 38 cases were reported. But in the first half of 2017 alone, at least 50 cases had been filed before the courts.

The vast majority of the cases involve people in heterosexual relationships. The law is understood and applied in a way that a person living with HIV not only has a duty to disclose, but also a duty to not place another person at risk of acquiring HIV. While some cases brought to the courts involve allegations of non-disclosure, a large number of cases are between couples of different HIV status, where both parties were aware of HIV in the relationship, and the HIV-negative partner consented to sex.

Charges are laid by the state and are regardless of the partner’s desire to prosecute and regardless of whether protective measures were taken by the person living with HIV, such as using a condom or being on treatment with a low or undetectable viral load.

Cases typically commence when health care providers hear that an HIV-negative person is in a sexual relationship with a person living with HIV, or when a pregnancy is involved. In order to be charged, all that is required is for the person living with HIV should know their HIV status and be registered with the state for HIV services.

In practice, the law in Belarus keeps people who learn anonymously of their HIV status from accessing treatment, education and counselling because people in Belarus can know about their HIV status and not be registered. Without being formally aware of the presence of HIV, then a person can avoid is not criminally liable. When people face the threat of criminalisation, ignorance of the diagnosis of HIV can be the most effective legal protection.

Crucially, people who are not registered as living with HIV with the state do not receive antiretroviral treatment and therefore endanger themselves and their sexual partners.

Building the case against criminalisation on the ground

People PLUS is a public association representing people living with HIV in Belarus.

It provides counselling to clients/patients – helping them to “correctly” answer questions and complain against forced examination during epidemiological investigations from the Ministry of Health, as well as the Ministry of Internal Affairs. This has been a positive experience with, over the past month, two refusals to initiate criminal cases.

In the Gomel region – where the highest number of cases under Article 157 of the Criminal Code of the Republic of Belarus are being reported – People PLUS have held meetings with the heads of the Epidemiological Department – the “sources” of initiating criminal cases in the region.

An agreement was reached, that without violating guidelines (according to a Ministerial Agreement the Epidemiological Department has to send cases of transmission to the Ministry of Internal Affairs for further investigation), the people under investigation will be immediately provided with People PLUS contacts in order to obtain advice on how to protect themselves during an investigation.

People PLUS notes that in the criminal laws of other countries there is the possibility of a person living with HIV to be released from criminal liability if they disclose and receive consent from another person and/or took appropriate measures to greatly reduce the risk of transmission. The application of this rule, as prescribed in the law, will protect the rights and interests of people living with HIV in Belarus. Though ultimately, this is not enough to counteract the damage to the HIV response caused by criminalisation.

A proposal on introducing similar amendments to Article 157 put forward by People PLUS was discussed at a recent meeting of the Parliamentarian Commission on Health, Physical Culture, Family and Youth Policy. The Ministry of Health of the Republic of Belarus sent a letter to the Parliament in support of the initiative. The Commission decided to submit it for discussion in the autumn session of the Parliament.

People PLUS have arranged a meeting with the Chairman of the Gomel Regional Court, S.M. Shevtsov, in order to reduce the number of ongoing cases and to get support to further changes in legislation.

Parliamentary hearings are expected to take place in Autumn 2018.