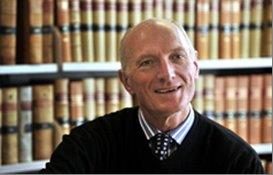 [This is the foreword to Advancing HIV Justice 2: Buiding momentum in global advocacy against HIV criminalisation, which will be published by the HIV Justice Network and GNP+ tomorrow, Tuesday May 10th.]

Since the beginning of the HIV epidemic, 35 long years ago, policymakers and politicians have been tempted to punish those of us with, and at risk of, HIV. Sometimes propelled by public opinion, sometimes themselves noxiously propelling public opinion, they have tried to find in punitive approaches a quick solution to the problem of HIV. One way has been to use HIV criminalisation – criminal laws against people living with HIV who don’t declare they have HIV, or to make potential or perceived exposure, or transmission that occurs when it is not deliberate (without “malice aforethought”), criminal offences.

Most of these laws are appallingly broad. And many of the prosecutions under them have been wickedly unjust. Sometimes scientific evidence about how HIV is transmitted, and how low the risk of transmitting the virus is, is ignored. And critical criminal legal and human rights principles are disregarded. These are enshrined in the International Guidelines on HIV and Human Rights. They are further developed by the UNAIDS guidance note, Ending overly-broad criminalisation of HIV non-disclosure, exposure and transmission: Critical scientific, medical and legal considerations. Important considerations, as these documents show, include foreseeability, intent, causality, proportionality, defence and proof.

The last 20 years have seen a massive shift in the management of HIV which is now a medically manageable disease. I know this myself: 19 years ago, when I was dying of AIDS, my life was given back to me when I was able to start taking antiretroviral medications. But despite the progress in HIV prevention, treatment and care, HIV continues to be treated exceptionally for one over-riding reason: stigma.

The enactment and enforcement of HIV-specific criminal laws – or even the threat of their enforcement – fuels the fires of stigma. It reinforces the idea that HIV is shameful, that it is a disgraceful contamination. And by reinforcing stigma, HIV criminalisation makes it more difficult for those at risk of HIV to access testing and prevention. It also makes it more difficult for those living with the virus to talk openly about it, and to be tested, treated and supported.

For those accused, gossiped about and maligned in the media, investigated, prosecuted and convicted, these laws can have catastrophic consequences. These include enforced disclosures, miscarriages of justice, and ruined lives.

HIV criminalisation is bad, bad policy. There is simply no evidence that it works. Instead, it sends out misleading and stigmatising messages. It undermines the remarkable scientific advances and proven public health strategies that open the path to vanquishing AIDS by 2030.

In 2008, on the final day of the International AIDS Conference in Mexico City, I called for a sustained and vocal campaign against HIV criminalisation. Along with many other activists, I hoped that the conference would result in a major international pushback against misguided criminal laws and prosecutions.

The Advancing HIV Justice 2 report shows how far we have come. It documents how the movement against these laws and prosecutions – burgeoning just a decade ago – is gaining strength. It is achieving some heartening outcomes. Laws have been repealed, modernised or struck down across the globe – from Australia to the United States, Kenya to Switzerland.

For someone like me, who has been living with HIV for over 30 years, it is especially fitting to note that much of the necessary advocacy has been undertaken by civil society led by individuals and networks of people living with HIV.

Advancing HIV Justice 2 highlights many of these courageous and pragmatic ventures by civil society. Not only have they monitored the cruelty of criminal law enforcement, acting as watchdogs, they have also played a key role in securing good sense where it has prevailed in the epidemic. This publication provides hope that lawmakers intending to enact laws propelled by populism and irrational fears can be stopped. Our hope is that outdated laws and rulings can be dispensed with altogether.

Yet this report also reminds us of the complexity of our struggle. Our ultimate goal – to end HIV criminalisation using reason and science – seems clear. But the pathways to attaining that goal are not always straightforward. We must be steadfast. We must be pragmatic. Our response to those who unjustly criminalise us must be evidence-rich and policy-sound. And we can draw strength from history. Other battles appeared “unwinnable” and quixotic. Think of slavery, racism, homophobia, women’s rights. Yet in each case justice and rationality have gained the edge.

That, we hope and believe, will be so, too, with laws targeting people with HIV for prosecution.