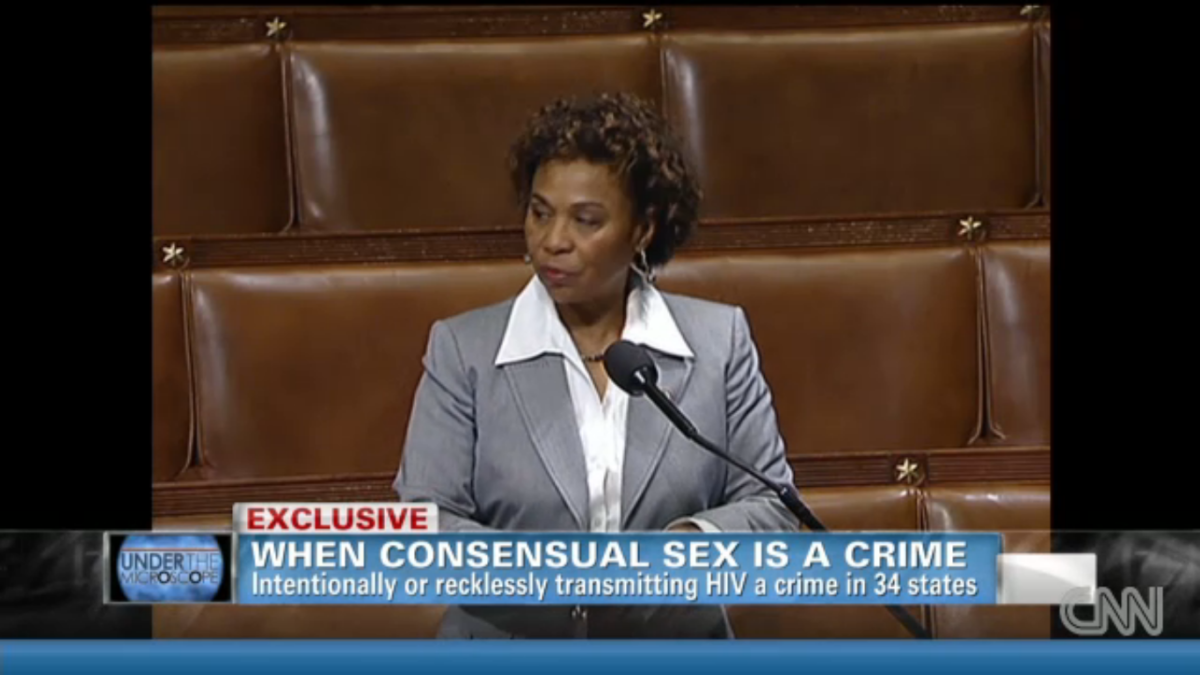 The United States is closer than ever before in ensuring that their HIV-specific laws are reviewed and amended in order to be consistent with current medical and scientific knowledge.

Earlier this week, the U.S. House Appropriations Committee passed an amendment proposed by Congresswoman Barbara Lee to the FY2014 Commerce-Justice-Science Appropriations Act that would require the Attorney General to initiate a review of Federal and State laws, policies, and regulations regarding criminal and related civil commitment cases involving people living with HIV.

This wording is very similar to the content of Lee’s REPEAL HIV Discrimination Act, which was re-introduced in May with bi-partisan support, and which currently has 32 co-sponsors.

“HIV criminalization laws breed, discrimination, distrust, and hatred. These laws are based on fear, not science. This is an important first step in ensuring that our laws reflect current scientific understandings of HIV.” notes Congresswoman Lee in a press release. This amendment passed on a voice vote as part of the manager’s amendment.

The amendment reads as follows:

Modernizing laws with respect to people living with HIV/AIDS.

The Committee is aware of the position of the President’s Advisory Council on AIDS (PACHA) that current criminal laws require modernization, should be consistent with current medical and scientific knowledge and avoid imposition of unwarranted punishment based on health and disability status.  The Committee directs the Attorney General, within 90 days following enactment of this Act, to initiate a review of Federal and State laws, policies, and regulations regarding criminal and related civil commitment cases involving people living with HIV/AIDS. The Committee further directs the Attorney General, no later than 180 days from initiating the review, to make best practice recommendations to ensure such policies do not place unique or additional burdens on individuals living with HIV/AIDS and reflect contemporary understanding of HIV transmission routes and associated benefits of treatment.

The Appropriations Act (officially titled ‘S.1329 : An original bill making appropriations for Departments of Commerce and Justice, and Science, and Related Agencies for the fiscal year ending September 30, 2014, and for other purposes’) has now been placed on Senate Legislative Calendar.

The Sero Project has issued a press release welcoming the amendment and explaining what it means for advocacy against overly-broad HIV-specific criminal laws in the United States.