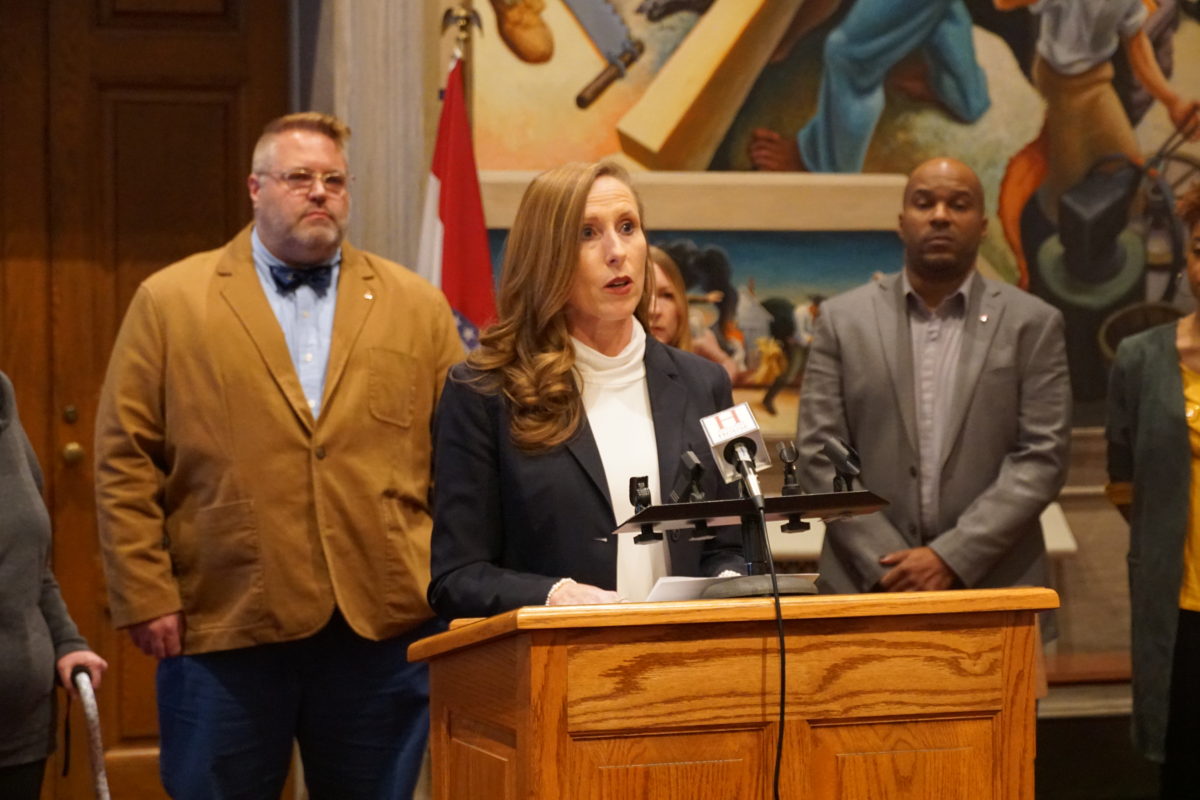 A bipartisan group of lawmakers is working to change current Missouri law on HIV that they say hasn’t been updated since the 1980s.

Rep. Holly Rehder, R-Sikeston, said current laws now actually discourage people from being tested. She said if someone knowingly exposes their partner to HIV and they contract the disease, it’s a class A felony. This is the most serious of felony crimes which include murder, rape and forcible kidnapping.

In comparison, driving intoxicated and causing someone’s death is a class C felony.

“That’s based on input that we received from experts around the country,” she said. “It puts it more in line with other kinds of disease transmission, as well.”

Jeanette Mott Oxford, executive director with Empower Missouri, said it gets it out of the area of disclosure altogether. Both of these laws focus on intent.

“Were you intending to transmit HIV? Because right now our law says condom use is no defense,” she said. “So you could be trying not to transmit HIV and still be charged with a crime in Missouri.”

There were roughly 13,000 people living with HIV in Missouri in 2018, according to the Department of Health and Human Services. Missouri has also been categorized as one of seven states in the U.S. with a rural HIV epidemic. However, with adequate treatment, those who are HIV-positive can avoid getting AIDS. Medication can also suppress the virus and reduce the risk of transmitting it to another person.

“HIV is no longer a death sentence if you’re being treated,” said Rehder.

Rehder’s bill and McCreery’s bill have been pre-filed, but full language has not been made available yet. Sen. Shalonn “Kiki” Curls, D-Kansas City, plans to file similar legislation in the Senate next week.

On another health issue, Rehder will again attempt to pass a statewide prescription drug monitoring program.

Many states across the nation experienced a decrease in drug overdose deaths in 2018, according to the Centers for Disease Control and Prevention. But Missouri saw a 12% increase.

Data from the Missouri Department of Health and Senior Services shows that one out of every 65 deaths in Missouri in 2017 was caused by opioid overdose. Also, Missouri is also the only state without a PDMP.

“I was raised on welfare, single mom, multiple stepdads, multiple mom’s boyfriends in the home; one of my stepdads was a dealer,” she said. “I had quite a bit of a different lifestyle than many of my colleagues. You know, I had to quit school at 15 to help take care of my family and had my first baby at 16. I’ve seen some things that maybe some others haven’t.”

Rehder said she feels a personal responsibility to explain how policies affect the people that grew up in “her part of the community.”