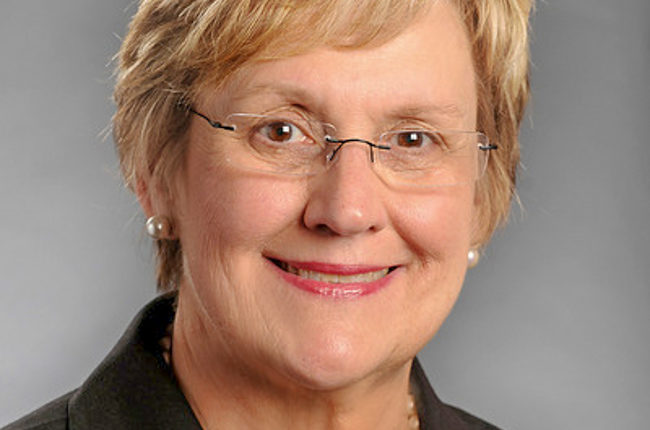 Source: Project Q Atlanta
Related case: US: 36-year-old charged in Georgia with reckless conduct by someone with HIV for performing oral sex

An influential Republican lawmaker in the Georgia House wants to modernize the state’s HIV laws, which activists have criticized as outdated and said stigmatize people living with HIV.

Current Georgia law makes it a crime for people living with HIV to have sex or donate blood without disclosing their status. It’s a felony punishable by up to 10 years in prison. State law also criminalizes spitting at or using bodily fluids on a law enforcement officer by a person living with HIV, an offense that can carry up to 20 years in prison.

But Rep. Sharon Cooper (photo), a Republican from Marietta, wants to change that. The chair of the Health & Human Services Committee in the Georgia House is a co-sponsor of a bill that would revise state law so it’s only illegal to intentionally transmit HIV during sex. The legislation would also downgrade the punishment from a felony to a misdemeanor, which is punishable by up to a year in prison. The revisions to the law would also decriminalize spitting at and using bodily fluids on a law enforcement officer by a person living with HIV.

“[Current Georgia HIV laws] make people so biased and afraid,” she told Project Q Atlanta. “And when you’re afraid of something and don’t understand it, it makes people act in very negative ways.”

Rep. Deborah Silcox, a Republican from Sandy Springs, introduced House Bill 719 on the final day of the 2019 legislative session. It was assigned to Cooper’s HHS committee.

Cooper said she will meet with Kathleen Toomey, commissioner of the Georgia Department of Public Health, to discuss the bill on Feb. 19. Cathalene Teahan, a registered nurse and a board member for the Georgia AIDS Coalition, is also expected at the meeting.

“Is there a more comprehensive bill? Should we have more than one bill? Where are our holes in the system? This is a big issue and I think we have a chance to really look at it,” Cooper said.

Georgia is one of some three-dozen states that criminalize a lack of HIV disclosure, whether or not the specific act actually exposed the sex partner to HIV. Activists and lawmakers have tried for years to modernize state law by decriminalizing non-disclosure of the disease to sex partners.

“As they are currently written, there is no basis in science,” he said. ”If Georgia is going to get serious about making changes to end the epidemic in the next decade, we have to start by ending policies like this that are so harmful and have gone unchallenged for far too long.”

Rep. Mark Newton, a Republican from Augusta, is a co-sponsor of the legislation with Silcox and Cooper as a sponsor of the bill. The Democratic sponsors include Reps. Michele Henson of Stone Mountain, Karla Drenner of Avondale Estates and Sam Park of Lawrenceville. Drenner and Park are two of the five openly LGBTQ members of the legislature.

Cooper sponsored a measure that created a study committee to examine the state’s HIV criminalization laws in 2017.

The committee published its findings in December 2017, and some of those recommendations became part of HB 719. The committee found that “criminal exposure laws had no effect on detectable HIV prevention” and that these laws should be eliminated unless there was a clear intent to transmit the virus, according to the report.

An Augusta man was arrested in January after allegedly having sex with a relative without informing him he had HIV. He was later released on bond.

A Rome, Ga., man was charged in August with exposing police officers to HIV after allegedly spitting on them, which HIV activists said highlights why the state needs to fix its laws. He is being held without bond in the Floyd County Jail.

An Athens man was arrested in July after allegedly having sex with a woman without informing her he had HIV. He was charged with reckless conduct by a person with HIV. He remains in Athens-Clarke County Jail without bond six months later, according to the Clarke County Sheriff’s Office.

A gay Atlanta man was arrested for HIV exposure in South Carolina in 2015. He claimed he disclosed his status before having sex with the alleged victim. The charges were later dropped.