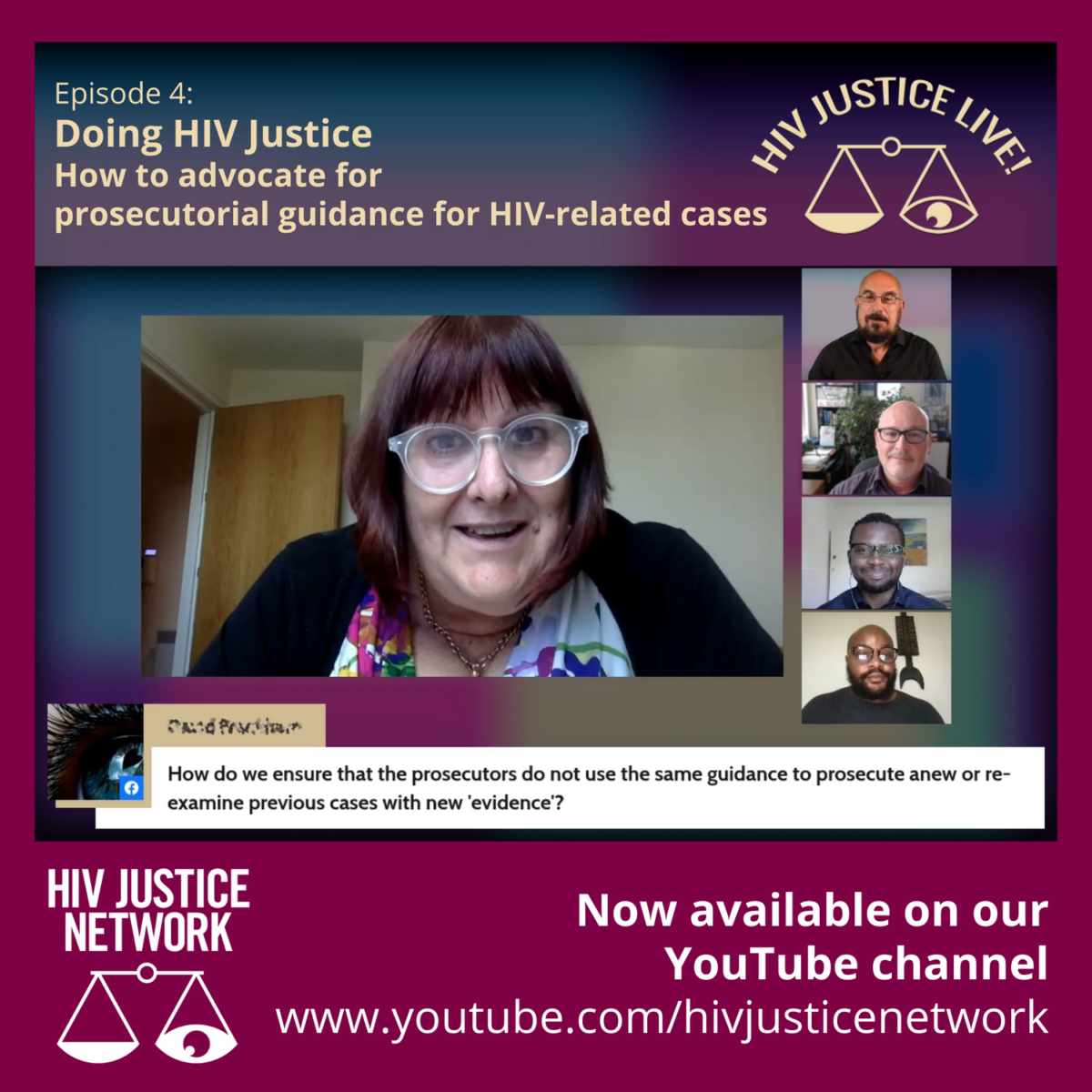 The fourth episode of HIV Justice Network’s web show, HIV Justice Live! that streamed live on July 14 is now available to watch on YouTube.  The episode, which our colleagues at the HIV Legal Network called a “master class in advocacy” discussed the newly launched UNDP’s Guidance for Prosecutors on HIV-related criminal cases and provided insights into how to work with prosecutorial authorities so that they have a clear understanding of how to – and more importantly how not to – use HIV criminalisation laws.

Guidance like this is a good example of a ‘harm reduction’ approach if you can’t change or repeal HIV criminalisation laws, and adopting such guidance can result in fewer miscarriages of justice, as well as improve the criminal legal system’s understand of, and approach to, people living with HIV.  Once implemented it’s also a good way of holding prosecutors to account.

The episode, hosted by Edwin J Bernard and featuring UNDP’s Kene Esom alongside Lisa Power and Richard Elliott, also included a special edit of HJN’s documentary, “Doing HIV Justice”, which demystifies the process of how civil society worked with the Crown Prosecution Service of England and Wales to create the world’s first policy and guidance for prosecuting the reckless or intentional transmission of sexual infection.

The full-length, 30-minute version of this documentary is now available as part of a YouTube playlist that also features two other educational and informative videos: an introduction by the CPS’s Arwel Jones with some useful tips about how to engage with prosecutors, and a workshop that took place after the world premiere screening in Berlin, featuring Lisa Power and Catherine Murphy (who helped advocate for the implementation of guidance in England & Wales, and Scotland, respectively) as well as former UNAIDS Senior Human Rights and Law Adviser, Susan Timberlake.