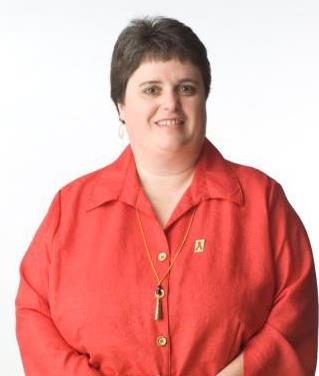 Tami Haught explains how, with the support of CHAIN (the Community HIV/Hepatitis Advocates of Iowa Network) and hundreds of Iowans living with HIV, she helped build a broad coalition to reform Iowa’s HIV criminalization statute, Iowa Code 709C. Haught discusses the small victories that the coalition has won over the past year.

What is the current HIV-specific law in Iowa and how does it affect Iowans living with HIV?

The old joke in Iowa is that if you’re HIV-positive and you go to a bar, make sure to bring a notary public with you, that way you can have your disclosure letter notarized to prove that you did disclose your status before you had sex. But this law is no joke, because it has negative public health consequences.

What are the negative public health consequences of Iowa’s HIV criminalization law?

The latest research shows that HIV criminalization legislation, like Code 709C, discourages HIV testing, treatment and care, which works against the public health recommendations being proposed by experts.

Can you tell me about your work to repeal and reform this legislation?

The bill that was proposed eliminated the HIV-specific part of the current law by including hepatitis, tuberculosis and meningitis. The proposed law would also create a tiered system of sentencing, which maintains severe sentencing in cases of intentional transmission of HIV but allows lesser sentencing in cases of nondisclosure when a condom was used, when there was no intent, or when HIV was not transmitted.

We also included direct language in the bill about what “exposure” meant, based on the latest scientific research. For example, in over 30 years of research there has been no documented case in which saliva transmitted HIV–yet, inexplicably, people are still being prosecuted in many states for spitting.

But the bill didn’t quite get passed. What happened?

The reformed bill passed through Iowa’s bipartisan Senate Judiciary Subcommittee (3 to 0) and the Senate Judiciary Committee (8 to 3), and we were very close to getting the bill passed in the legislature, but at the last minute one of our allies changed sides and introduced an amendment that scuttled the bill. Still, we’ve had great support from Senator Matt McCoy, Senator Steve Sodders, Senator Charles Schneider, and many more members of Iowa’s legislature, and we’re very grateful for the assistance we received from Deputy Attorney General Eric Tabor, and Randy Mayer from Iowa’s Department of Public Health.

One lesson we’ve learned is to never assume who is on your side, because we have some great advocates, both Democrats and Republicans, who are fighting for us. So don’t look at the “D” or the “R” behind a name, because you never know the personal story or how someone may have been personally touched by HIV/AIDS.

Why do you feel personally mobilized by this bill?

Toward the end of my husband’s life, in the mid-1990s after both of us had been diagnosed, he became very scared of laws that prosecuted people for HIV exposure. He was afraid that I would charge him with criminal transmission–which I would have never done. But my husband eventually had a nervous breakdown and the thought of these HIV criminalization laws really started his downward spiral even faster, because they increased the stigma and shame and guilt that he felt after first being diagnosed.

What are some of the lessons that you’ve learned in Iowa that can be applied elsewhere?

For HIV-negative people not familiar with these laws, it takes them a while to understand the issues. When I conduct HIV criminalization forums, I usually show Sean Strub’s documentary HIV is Not a Crime. Just seeing Nick Rhoades, Robert Suttle, and Monique Moree tell their stories does a lot to reverse people’s prejudices and preconceptions. They begin to understand that people living with HIV are just like their neighbors and families.

In Iowa we’ve found that personal stories matter in changing people’s minds about HIV criminalization laws. One focus this year is to collect people’s stories to show that disclosure is not always easy, and that sometimes disclosure comes with consequences. Many HIV-positive people still fear that they’ll lose employment or housing if they tell the wrong person about their status. Even for me, it took six years after my husband’s death to talk openly about my status.

For advocates trying to reform HIV criminalization laws in other states, I’m sure people can learn from our successes and mistakes here in Iowa. Hopefully, sharing our experiences will help advocates in other states save time and money so that we can get these laws changed faster.

From The SERO Project’s Spring 2013 Newsletter