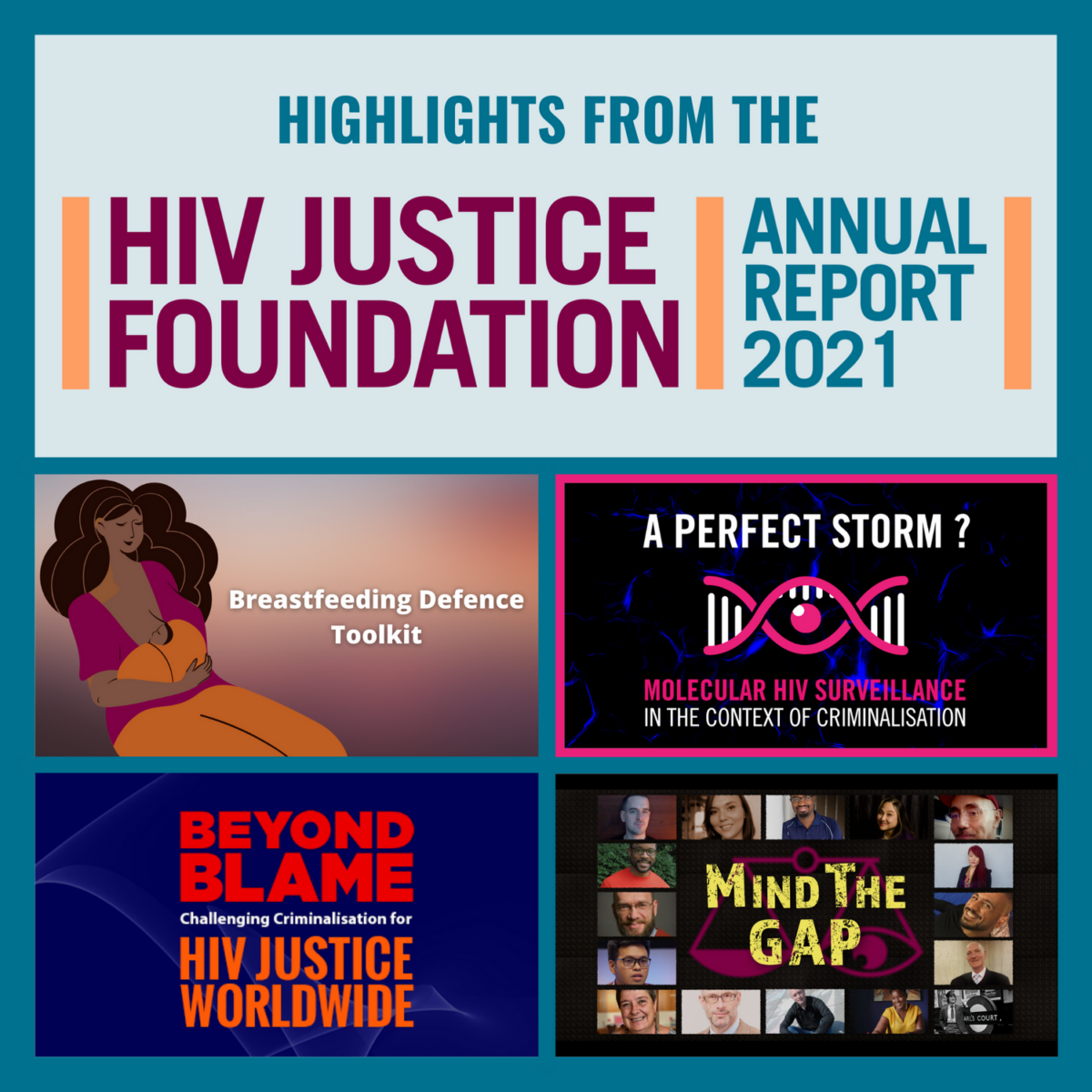 Today, with the publication of our Annual Report 2021 we look back at some of the key highlights of last year, as well as look to the future. The report is published by the HIV Justice Foundation, an independent non-profit legal entity registered in the Netherlands as Stichting HIV Justice to specifically serve as the fiscal organisation for the HIV Justice Network (HJN) and other related activities.

In 2021, we were challenged yet again by the ongoing COVID-19 pandemic which continued to impede our collective ability to organise and likely contributed to a growing acceptance of punitive approaches to public health. Nevertheless, we continued to monitor global trends and developments; develop advocacy tools and resources; brought individuals and organisations together across countries and continents to share experiences, learn, and develop strategic collaboration and campaigning; and amplified the voices of HIV criminalisation survivors and collaborated closely with other social justice movements, to ensure that HIV criminalisation remains high on global, regional and national policy and advocacy agendas.

Kevin Moody, who served as Chair of the Foundation’s Supervisory Board during 2021, said:

“HJN has once again in 2021 demonstrated its ability to impact the fight against HIV criminalisation, as outlined in the Foundation’s annual report. HJN’s technical work addressed the criminalisation of mothers with HIV who breastfeed and molecular HIV surveillance, as well having contributed to UNDP’s Guidance for Prosecutors on HIV-related criminal cases, all of which provide important support for policy makers and advocates around the world. In its convening role, HJN has been able to bring together community-based experts and allies through its flagship Beyond Blame online gathering and the HIV Justice Live! web series during a period where COVID-19 continued to preclude face-to-face meetings. Executive Director, Edwin J Bernard, and his team succeeded in continuing operations while developing a new strategic plan to shape the future of its work to curb HIV criminalisation.”

HJN was a co-founder and is the co-ordinator of the HIV JUSTICE WORLDWIDE (HJWW) coalition. Much of the work undertaken by HJWW has been funded by the Robert Carr Fund for civil society networks through the HIV Justice Global Consortium. Since 2019, HJN has been the lead grantee of the Consortium of seven partners: ARASA, GNP+, the HIV Legal Network, Positive Women’s Network-USA, SALC and the Sero Project. Throughout the year, we oversaw the distribution of small grants either directly or through our Consortium partners working in Eastern Europe and Central Asia (EECA), Francophone Africa, Anglophone Africa, and Latin America and Caribbean. 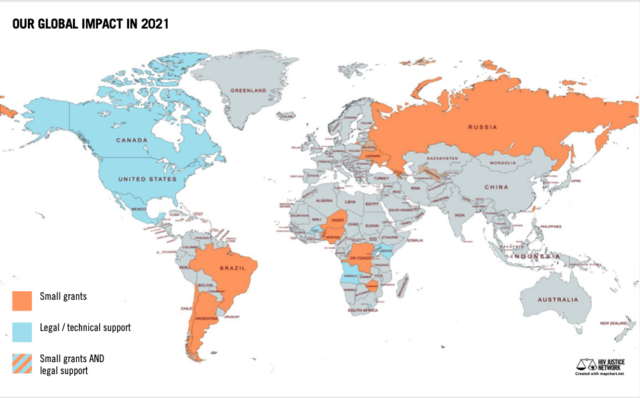 Looking to the future

In June 2021, we published our 2022-26 Strategic Plan. People living with HIV remain firmly at the heart of this strategy. All of our work is designed to contribute towards an environment in which people living with HIV feel safe, empowered and able to enjoy their human rights.

As we moved towards its implementation, we focused on three key organisational development priorities: increasing diversity within our organisation; improving our reach and strengthening our communications; and mobilising resources to support and enhance our work. Primarily supported through a grant from the Robert Carr Fund, we were also fortunate to receive funding from The Elizabeth Taylor AIDS Foundation.

The new Global AIDS Strategy 2021-2026 calls on countries to adopt bold new targets to remove “societal and legal impediments to an enabling environment for HIV services”, which includes achieving a goal of fewer than 10% of countries with “punitive laws and policies”, including those that allow for HIV criminalisation. The HIV Justice Network is ready to take on the challenge to support advocates help countries achieve these targets. That’s why we were delighted to receive news in December 2021 that two separate funding applications to the Robert Carr Fund were successful, placing us on firm footing to continue our work to end HIV criminalisation and support advocates pushing for their countries to achieve the Global AIDS Strategy goals.

Richard Elliott, who was appointed as the Foundation’s Chair in March 2022 as Kevin Moody became Treasurer said:

“In just a decade, HJN has made extraordinary contributions to the growing global movement against HIV criminalisation. Indeed, it is hard to imagine a global movement as such without HJN. The important victories against injustice show that resistance is worthwhile! Guided by a new strategic plan, input from advocates and experts from around the world, and the deep expertise and vision of our Executive Director, the HIV Justice Network will continue to be a key force for change in the years ahead.”