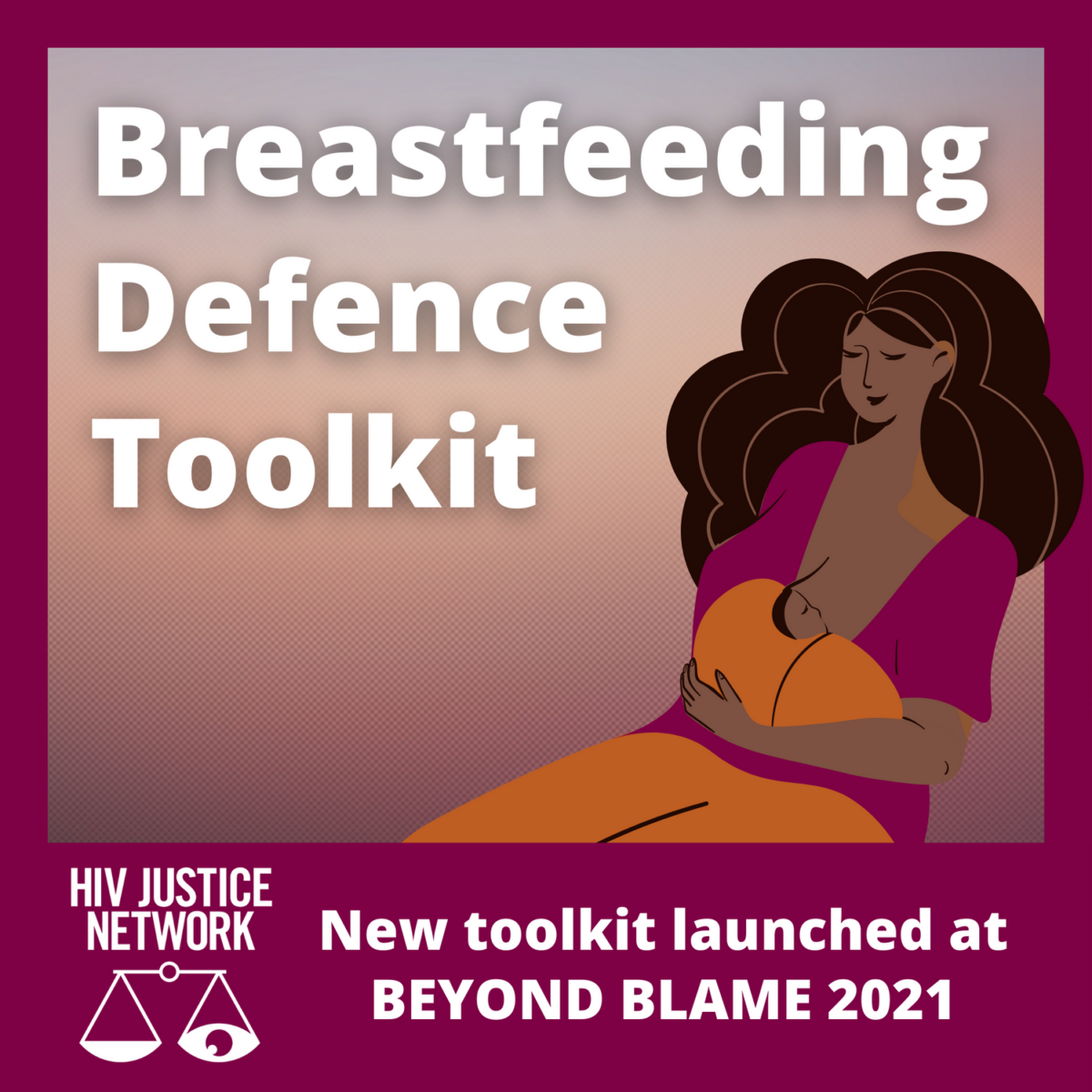 Criminal prosecutions related to presumed HIV exposure via breastfeeding are all-too-often driven by stigma, misinformation, and the desire to protect a child from exaggerated risk.  People living with HIV require a vigorous defence based on principles of justice and human rights, good public policy, and accurate science.

Which is why this week we have launched the Breastfeeding Defence Toolkit as a new section of our HIV Justice Tookit.

The Breastfeeding Defence Toolkit provides materials to support lawyers and advocates supporting people living with HIV who face criminal charges or other punitive measures for breastfeeding, chestfeeding, or comfort nursing.

Although the Breastfeeding Defence Toolkit is currently only available in English, we are working on French, Russian and Spanish versions.  In addition, new resources will be added to the Toolkit as they become available.

The Breastfeeding Defence Toolkit was launched at Beyond Blame: Challenging Criminalisation for HIV JUSTICE WORLDWIDE on Tuesday 30 November 2021.  Watch the 10 minute segment below.

In 1986, it was discovered that HIV could be transmitted from a woman to a child through  breastfeeding. Since this time, women living with HIV have borne the weight of the  responsibility of preventing HIV transmission to their offspring. This responsibility has been  used to justify surveillance, judgement, and limitations on autonomy and decision-making for  women living with HIV.

Some women living with HIV have faced criminal prosecution for exposing fetuses and/or  infants to a risk of HIV infection, especially through breastfeeding. These numbers may be small  compared to the number who have faced criminal charges with respect to HIV non-disclosure,  exposure and transmission in sexual contexts, but cases are increasing.

The HIV Justice Network  is aware of at least 13 such cases in the past decade, with a growing number of criminal prosecutions taking place  across the African continent as well as in Russia since 2018. We are also aware of several cases  that took place in North America and Europe between 2005 – 2012.

These cases include charges laid against mothers, community members and domestic  employees. Various criminal charges have been used in these cases, including failure to provide  the necessaries of life, grievous bodily harm, unlawfully doing an act likely to spread a  dangerous disease, and deliberately infecting another with HIV.

In addition to these criminal  cases, many more women have experienced punitive responses from service providers, public  health, and child welfare authorities.

Criminal prosecutions and other punitive responses to breastfeeding by women living with HIV  pose significant harms to both the accused and the child. HIV criminalisation threatens the  health and well-being of people living with HIV and jeopardises the goals of ending HIV  discrimination and, ultimately, the epidemic. Not only do punitive laws targeting people living with HIV lack a scientific evidence base they also serve as barriers to HIV prevention, treatment,  and care, and perpetuate stigma.

Infant feeding choices should not be a criminal issue. Parents should be provided with full  information to make the best choices for their families and infant feeding should be managed  through clinical support. Science supports that the best outcomes for a mother and a child  result from proper medical care, access to treatment and openness. Criminalising maternal and  child health issues generally risks worse outcomes for the infant.