Austria began prosecuting criminal HIV exposure and transmission in 1990 under existing laws, making it a crime to intentionally or negligently “commit an act likely to cause the danger of spreading a transmissible disease” (§ 178, 179 Criminal Code). Under the law, the disease must be (at least in part) reportable or notifiable. HIV is considered such an infectious disease, along with Hepatitis C, tuberculosis and gonorrhoea.

At least 56 people living with HIV in Austria have been prosecuted, and at least 30 convicted.

In 1997 the Supreme Court held that vaginal intercourse with a condom and deep kisses do not constitute an offence since both can lead to transmission of HIV only in particular circumstances (as i.e. wounds in the mouth, bites etc).

In 2003 the Upper Regional Court of Graz (on appeal) – relating to the 1997 Supreme Court decision – held that it is no offence if an HIV-positive man orally serves an HIV-negative man (without ejaculation into the mouth).(Oberlandesgericht Graz 27.03.2003, 11 Bs 105/03)

Since the publication of a paper by the Austrian AIDS Foundation in 2005, critiquing cases of prosecutions for oral sex and sex with condoms, it appears that the legal arguments have focused on the individual level of risk during unprotected sex, focusing on viral load.

In all known cases involving undetectable virus load (or just blips) the prosecutors have either dropped the case or the courts have acquitted.

In December 2019, however, the Regional Court of Klagenfurt sentenced a 45-year-old man to eight months imprisonment (on probation) for having insertive vaginal and anal intercourse with a woman and a man (on separate accounts) without using a condom despite the fact that the man had a history of years of undetectable viral load and had been advised by his doctors that he was not infectious and need not use condoms to prevent HIV transmission (Landesgericht Klagenfurt 11.12.2019, 12 Hv 16/19w). His partners were not infected. The court relied on an expert opinion saying that – despite undetectable viral load – an infection still would be possible if the viral load would raise (and fall again) within the three-month control periods. The conviction is not final, and it is not known if he will appeal.

Austria’s AIDS Act (Aids-Gesetz) also prohibits people living with HIV from undertaking sex work and sex workers are required to undergo HIV tests every three months or face a fine of up to € 7,260.

§ 85 StGB bodily injury with serious permanent consequences
(1) Who mistreats another on the body and thereby negligently forever or for a long time causes:
1. the loss of or serious damage to speech, sight, hearing or reproductive ability,
2. significant mutilation or striking disfigurement; or
3. severe suffering, infirmity or occupational disability of the injured party,
shall be punishable by terms of imprisonment ranging from six months to five years.
(2) Anyone who injures another person’s body or causes damage to health and thereby, negligently or otherwise, causes a serious permanent consequence (subsection 1) for the injured person, shall be punished with a term of imprisonment of between one and ten years.

§ 178 StGB Deliberate endangerment of human beings by communicable diseases
Anyone who commits an act which is likely to cause a communicable disease to spread among humans shall be punished with a term of imprisonment of up to three years if the disease, by its nature, is one of the diseases which must be notified or reported, even if only to a limited extent.
§ 179 StGB Negligent endangerment of human beings by communicable diseases
Whoever negligently commits the offence threatened with punishment in § 178 shall be punished with imprisonment of up to one year or with a fine of up to 720 daily rates.

A guidebook, in German only, published by AIDS-Hilfe Austria on Laws, HIV and AIDS, published in 2013.

Our thanks also to Australian law firm Hall & Willcox for their research assistance to confirm current relevant legislation. 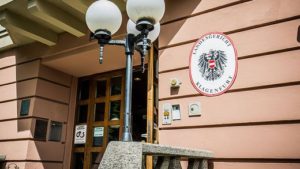 Austria: Man, 51, sentenced to 15 months in prison for allegedly transmitting HIV to his partner

END_OF_DOCUMENT_TOKEN_TO_BE_REPLACED 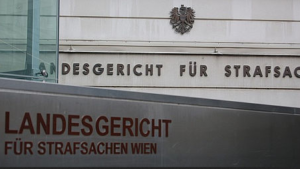