Victoria no longer has an HIV-specific criminal law, as section 19A of the Crimes Act, intentionally causing a very serious disease (defined only as HIV), was repealed in 2015. People have been charged under many different sections of the  Crimes Act, including section 19A but more commonly under general criminal laws including intentionally causing serious injury (s16), conduct endangering life (s22), and conduct endangering persons (s23).

Victoria has had more HIV criminalisation cases than any other Australian jurisdiction. Of the 20 cases known to have been investigated, most proceeded to trial. In the first two cases against sex workers (1991), charges were withdrawn before the cases went to trial. Investigations have not proceeded to trial in at least two more recent cases (2011 and 2015). The majority of cases have involved allegations of exposure (only): 15 of 20 cases. All accused have been men except for one of the sex workers charged in 1991.

A precedent setting case in 2011 clarified a number of points of law. The County Court of Victoria had convicted the accused of multiple offences relating to condomless sex with a number of men. The Supreme Court of Victoria Court of Appeal found the accused not guilty of some of those offences. The Court found that to be guilty of attempting to infect another person with HIV, a person must believe they are ‘infectious’, not that they may be ‘infectious’. The Court also ruled that to be guilty of a charge of “reckless conduct endangering persons”, it must be established that it was not reasonably possible that the complainant was aware of the risk of HIV transmission and had voluntarily assumed the risk or, alternatively, that the applicant believed that the complainant was consenting to the assumption of the risk.[1]

Another case, decided in 2008, is also important. That case involved a man accused of transmitting HIV to his ex-girlfriend at some point between 2000 and late 2004. The accused was diagnosed HIV-positive in late 2003 but did not inform his partner, who was diagnosed in late 2004. The Magistrate found that the man could not be convicted of ‘reckless conduct endangering a named person’ because there was a reasonable possibility that the complainant was already HIV-positive by the time the accused was diagnosed. The Court held there was no evidence to establish when either party became HIV positive and directed the jury to acquit the accused on the basis of insufficient evidence.[2]

The Public Health and Wellbeing Act also has provisions relating to HIV. It states that a person who has or suspects they have an infectious disease (including HIV) should ascertain whether they have HIV, learn what precautions they can take, and take all reasonable steps to eliminate or reduce the risk of transmission. It also says that a person at risk of acquiring an infectious disease should take all reasonable precautions to avoid contracting the disease. The Act clearly states that the spread of HIV should be prevented or minimised with the minimum restriction on the rights of any person.

Victoria also has Guidelines for the management of people living with HIV who put others at risk. It outlines a five-stage approach and, consistent with the Act, states that the measure which is least restrictive of the client’s rights should be chosen, with escalation to higher stages only “if there is an ongoing pattern of behaviour that puts others at risk of HIV”. The Code aligns with the National Guidelines for Managing HIV Transmission Risk Behaviours.

[1] For further information refer to the Defence Case Compendium

[2] For further information refer to the Defence Case Compendium

Section 22 conduct endangering life A person who, without lawful excuse, recklessly engages in conduct that places or may place another person in danger of death is guilty of an indictable offence.

Section 23 conduct endangering persons A person who, without lawful excuse, recklessly engages in conduct that places or may place another person in danger of serious injury is guilty of an indictable offence.

(1) A person who, without lawful excuse, intentionally causes another person to be infected

with a very serious disease is guilty of an indictable offence.

(2) In subsection (1), very serious disease means HIV within the meaning of section 3(1) of the Public Health and Wellbeing Act 2008 (HIV only).

(c) a person who has, or suspects that they may have, an infectious disease shoulder –

Repealing Section 19A: How we got there 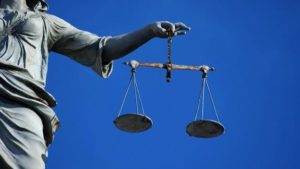 Australia: Surgeon charged with rape in Victoria for removing a condom while having sex

[Update]Australia: Michael Neal not guilty of deliberate HIV transmission but guilty of nine counts of attempting to infect a person with HIV

END_OF_DOCUMENT_TOKEN_TO_BE_REPLACED 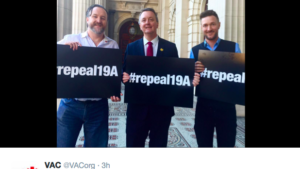 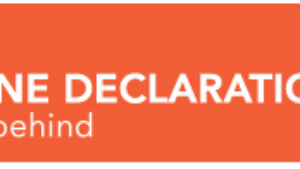 Australia: Campaign against Victoria's HIV-specific criminal law launched to tie in with Melbourne Declaration for AIDS 2014

END_OF_DOCUMENT_TOKEN_TO_BE_REPLACED 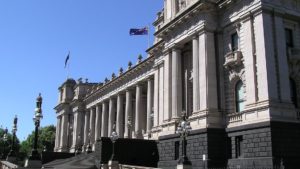 Victorian Government to repeal 19A and address HIV stigma 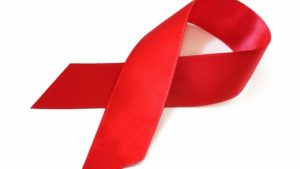