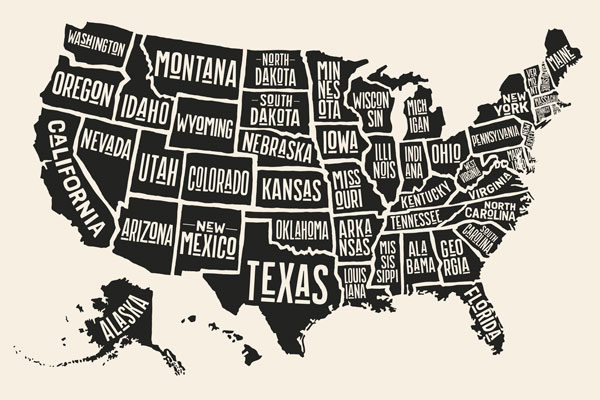 Will Congress modernize HIV laws and policies? Advocates certainly hope so. Here’s an update, plus a look at four states that may reform laws that criminalize HIV non-disclosure and transmission — and one state that’s increasing penalties for people living with HIV.

On the federal level, Congress is considering HR 1739 or the REPEAL HIV Discrimination Act of 2017. If passed, the Act directs the attorney general, the secretary of Health and Human Services and the secretary of defense to initiate a national review of federal (including military) and state laws, policies, regulations and judicial decisions regarding criminal and related civil commitment cases involving people living with HIV or AIDS. This last part means that, if it were passed, federal agencies (including all branches of the military) would review past HIV cases and decisions based on current knowledge about HIV transmission.

“We’ve got incredible science data. Now we’ve got to get policymakers to understand,” Ken Pinkela, the military and federal policy director for the Sero Project, told TheBody.com. Though the Act would not force states to follow suit, having a mandate on the federal level would influence policies on the state level. Furthermore, not only would Pinkela personally benefit if the REPEAL Act were passed, but so would every other member of the military who has been criminalized and discharged because of their HIV status.

In February, California state lawmakers introduced SB 239. The bill reduces HIV transmission from a felony with three, five or eight years in prison to a misdemeanor with jail time of no more than six months.

The bill also lessens penalties for people engaged in sex work. Currently, if a person is convicted of prostitution or another sexual offense, he or she is subject to an HIV test. If this person tests positive and is later arrested again for prostitution or another sexual offense, existing law makes them guilty of a felony. The bill deletes both of these provisions, meaning that people arrested for sex work are no longer required to submit to an HIV test and, if they are arrested again, they are not subject to a felony based on HIV status.

SB 239 also requires any court or agency that has records related to the deleted provisions to destroy them by June 30, 2018. Finally, the bill requires a court to vacate related convictions.

“These [existing] laws are disproportionately used against women and people of color, and fuel stigma, violence and discrimination,” stated Naina Khanna, executive director of the Positive Women’s Network – USA, when the bill was introduced.

The numbers prove this. Nearly half (43%) of those criminalized under California’s HIV-specific criminal laws are women, though women make up only 13% of Californians living with HIV. Though blacks and Latinx people make up only half of Californians living with HIV, they are more than two-thirds of those who came into contact with the criminal justice system based on their HIV status. The intersections have hit black women particularly hard. They comprise 4% of the state’s HIV population, yet make up 21% of those with criminal justice encounters because of their status. In contrast, white men, who make up 40% of people in the state diagnosed with HIV, compose 16% of those who encounter the criminal justice system because of their HIV status.

The bill passed the Senate’s Public Safety Committee by a vote of 5 to 2. It is now before the Appropriations Committee.

“Florida Doesn’t Want to Be First in New HIV Cases”

Under Florida law, it’s a crime to not disclose HIV status prior to sex. This was how [65-year-old Gary Debaun was arrested and charged with unlawful sexual transmission of a disease. Prosecutors charge that Debaun forged medical records declaring that he was HIV-negative to show to his then-partner. Under current law, creating a false report to hide the presence of HIV or other communicable diseases is a third-degree felony]].

Debaun’s attorney attempted to use another outdated law to prevent his conviction — that since Florida law defines sex as between a man and a woman, “sexual intercourse” only applies to heterosexual sex. Though a lower court agreed and dismissed the case, the state’s appellate court overturned that ruling. In March, the state’s Supreme Court also rejected that argument. The district attorney’s office has stated that it plans to re-introduce the charges.

However, the law may be changing. In March, the Senate Criminal Justice Committee voted unanimously in favor of SB 628, which updates existing HIV criminalization laws. If passed, a person with HIV would no longer be considered acting with intent to transmit if he or she were undergoing treatment, used a condom or other method to prevent transmission or had offered to do so (even if the offer was rejected by the other person). The bill would also reduce non-disclosure in other instances and the creation of a false report to hide HIV status from a felony to a first-degree misdemeanor.

“Florida doesn’t want to be first in new HIV cases; we want to be first in the effort to end the HIV epidemic,” said Senator Rene Garcia, the bill’s chief sponsor. Thanking service providers and advocacy groups such as the AIDS Healthcare Foundation and the Sero Project, he stated, “Today’s unanimous vote by the Senate Criminal Justice Committee is an important step.” The bill is now in the Health Policy Committee.

Under current Georgia law, a person living with HIV or hepatitis can be arrested and sentenced to up to ten years in prison if they do not disclose their status before having sex, sharing needles or donating blood. If a person with HIV or hepatitis throws bodily fluids (such as urine, blood, feces or saliva) on a peace officer or correctional officer, they face up to 20 years in prison. It does not matter that spit does not transmit. Over 50,000 Georgians live with HIV and approximately 3,000 are newly diagnosed each year.

Similar to other parts of the country, HIV criminalization laws have not only resulted in prison sentences, but have also had a chilling effect on people’s day-to-day safety. Testifying before the House Special Rules Committee, Nina Martinez, a member of the Coalition to End HIV Criminalization in Georgia, recounted being sexually assaulted by a fellow student at Emory University nine years earlier. “Because of this law I immediately knew that I wasn’t going to report it to law enforcement,” she told them. “It was never going to be about consent, it was going to be about my HIV status. And so I was afraid of the very real possibility of going to prison for my own sexual assault because of this law.”

In February, Georgia Representative Sharon Cooper introduced House Resolution 240, which proposed creating a Joint Study Committee on Reforming HIV Related Criminal Laws. The following month, Senator Vincent Fort introduced the Senate counterpart, Resolution 465. “Most of these laws do not account for actual scientifically supported levels of risk by types of activities engaged in or risk reduction measures taken,” stated the resolution. “As a result, many of these state laws criminalize behaviors that the [Centers for Disease Control and Prevention] regards as posing either no or negligible risk for HIV transmission even in the absence of risk reduction measures[.]” The committee includes not only state senators, but also a representative from the Department of Health, a criminal defense attorney and a community-based HIV service provider.

In 2016, the Ohio Supreme Court announced that it would hear State of Ohio v. Orlando Batista, in which Batista was convicted of non-disclosure and sentenced to eight years in prison. At issue are the state’s HIV laws, which classify non-disclosure as a felonious assault. Like current California laws, if a person tested positive for HIV after being arrested for solicitation, that would increase the charge from a misdemeanor to a felony if they were arrested again.

As in other states, lawmakers, pressed by advocates and medical professionals, are beginning to rethink HIV criminalization. On March 2, the state’s Recodification Committee examined proposed amendments to its HIV criminal law. The Committee will vote on the amendments at a later date.

While some states are considering decriminalizing HIV, Utah is moving in the opposite direction. In March, Governor Gary Richard Herbert signed HB 369, or the Sexual Offenses and Statutory Nonconsent Amendments, into law.

Testifying against the bill in February, Troy Williams, the executive director of Equality Utah, expressed concern that the measure would discourage people from being tested and encouraged the state to instead promote testing and treatment. “We would want to do everything in our power to open the doors to encourage people to be tested,” he said. His concerns have been echoed by other advocates, including people living with HIV.

Those concerns seem to have been heard; the final law does not include criminalization for non-disclosure. It does, however, enhance penalties for people convicted of non-consensual sex offenses if they have HIV, hepatitis B or hepatitis C. The wording of the law does not acknowledge that people who are virally suppressed are not at risk of transmitting HIV through sex.