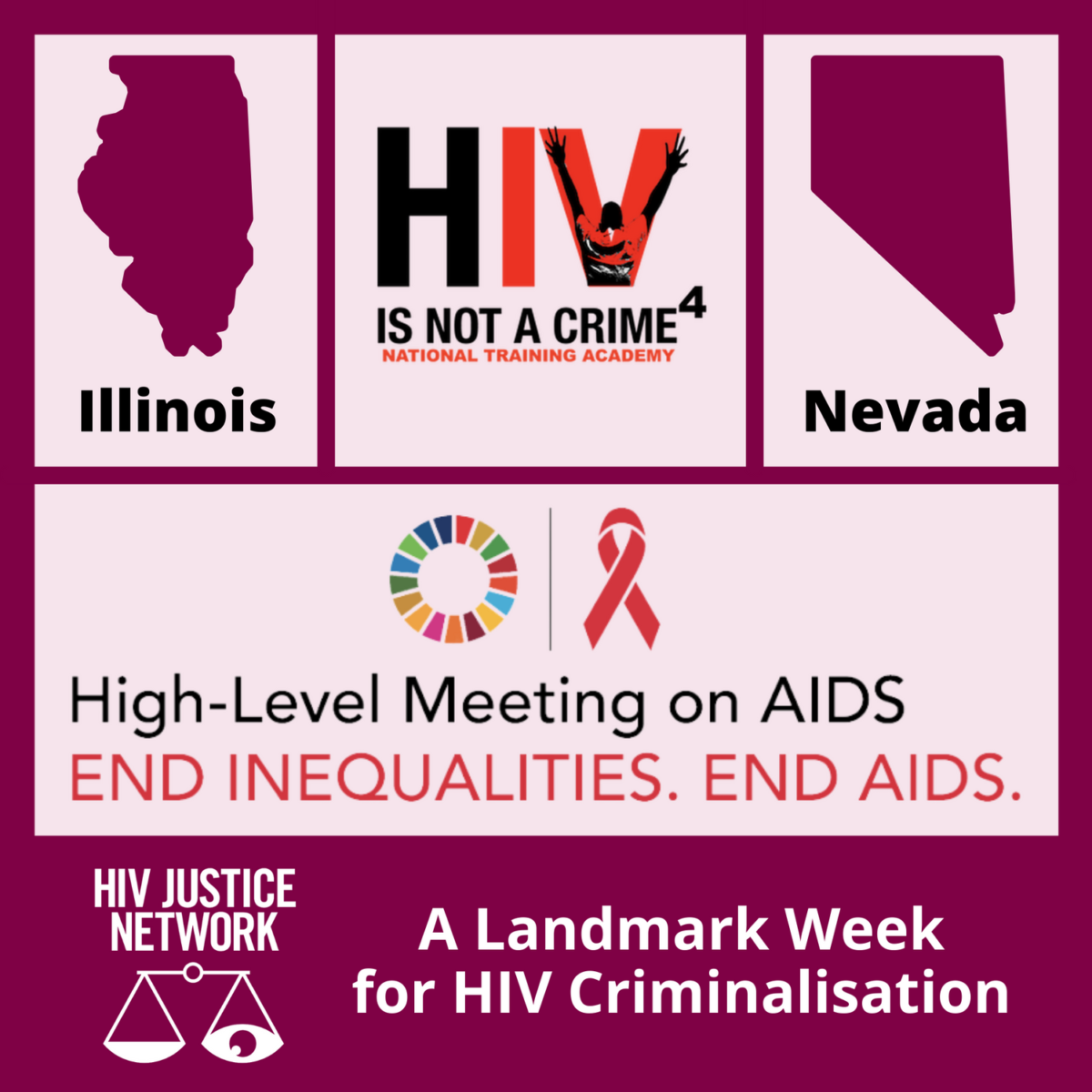 This past week has seen a huge amount of activity related to HIV and, specifically, HIV criminalisation.

Illinois is about to become only the second US state ever to completely repeal its HIV criminalisation law which has been on the books since 1989.

Meanwhile, Nevada has modernised its HIV criminalisation law, and in Michigan a county prosecutor has ordered a review of all prosecutions brought under the state’s law before it was modernised in 2019.

All of these successes were celebrated at the HIV is not a Crime Training Academy (HINAC4) that took place virtually last week and helped galvanise activists working for HIV, racial and gender justice across the US, even as there was disappointment that the High-Level Meeting on HIV/AIDS, which took place at the same time, ended up adopting a joint Political Declaration that was lacking in global consensus, with both watered-down language on human rights and some key issues completely missing.

Despite back and forth among the countries, with opposition from Russia, Belarus, Nicaragua, and the Syrian Arab Republic to the final draft’s progressive language, such as naming ‘key populations’, the Declaration did include language on HIV criminalisation as part of the 10-10-10 targets on societal enablers calling for member states to end all inequalities faced by people living with HIV, key and other priority populations by 2025.

Still, even as we celebrate some of these progressive commitments, much work needs to be done. Advocates and organisations have voiced their concerns that the watered-down Declaration may not fully commit countries to take action.