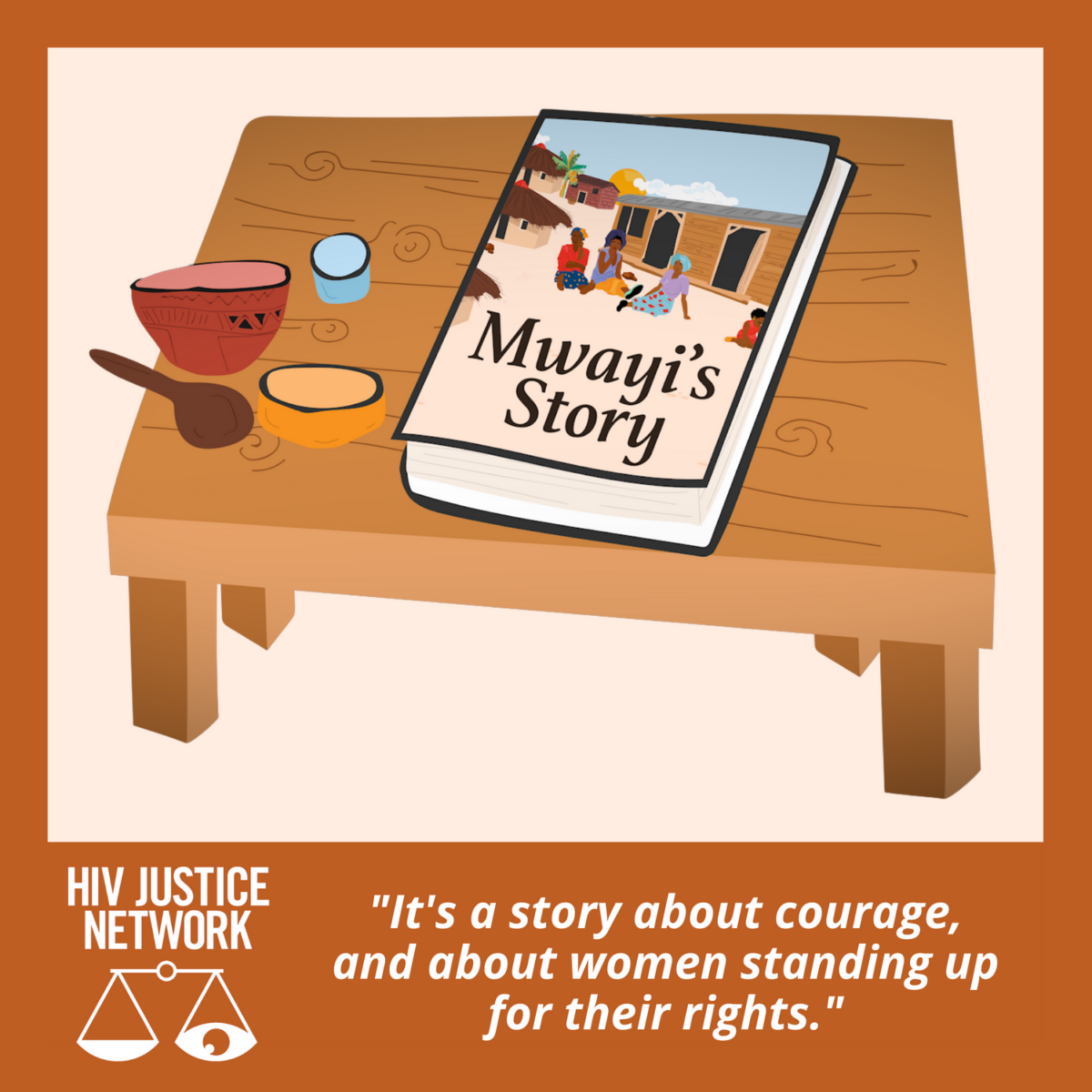 Today we are delighted to share with the world a new short film, Mwayi’s Story, produced by the HIV Justice Network on behalf of HIV JUSTICE WORLDWIDE.

Mwayi’s Story is a story about courage, and about women standing up for their rights. The film is based on the story of a woman in Malawi who was prosecuted for briefly breastfeeding another woman’s baby and the subsequent successful advocacy in Malawi to prevent an HIV criminalisation statute being passed.

We wanted to produce a film that was authentic to the lived experience of an HIV criminalisation survivor but without making her go through the trauma of having to relive the experience by telling her story again.

HJN’s video, visuals and webshows consultant, Nicholas Feustel, who produced and directed the film, said: “Since this story is primarily about mothers and children, we decided to produce the film in the style of an illustrated children’s storybook. We searched for a female illustrator working in sub-Saharan Africa and found the wonderful Phathu Nembilwi of Phathu Designs.

“For our narrator, we found Upile Chisala, a storyteller from Malawi known for her short and powerful poems.”

The script by HJN’s Senior Policy Analyst, Alison Symington, was written in consultation with our Supervisory Board member, Sarai Chisala-Tempelhoff, a Malawian human rights lawyer and legal researcher with over 15 years of experience in women’s access to justice.

We also worked with our HIV JUSTICE WORLDWIDE partners, Southern Africa Litigation Centre (SALC) and AIDS and Rights Alliance for Southern Africa (ARASA), to ensure that the film was relevant to their ongoing advocacy in the region. In fact, Mwayi’s Story had its world premiere last week on Zambia’s Diamond TV, in anticipation of a verdict in a similar breastfeeding case.

The film will be shown in a number of forums over the next few months, including at AIDS 2022. It will soon be subtitled in French, Russian and Spanish, and we are also looking for partners to translate additional subtitles if they think the film can be useful in their own advocacy. If you’re interested you can get in touch with us at breastfeeding@hivjustice.net. We will send you the English subtitle file for translation. After you return the file to us, we will upload it to YouTube.

Mwayi’s Story is part of our ongoing work to end the criminalisation of women living with HIV for breastfeeding and comfort nursing, including our Breastfeeding Defence Toolkit. It is our goal to collaborate with advocates, researchers, service providers, organisations and community members around the world to raise awareness and prevent further unjust prosecutions against women living with HIV who breastfeed or comfort nurse. We are grateful to both the Elizabeth Taylor AIDS Foundation and the Robert Carr Fund for their financial support for this work, and this film.