It was passed three years ago, but only now has the Lagos State AIDS Control Agency (LSACA), in collaboration with Enhancing Nigerian HIV Response (ENR) and the Lagos State Ministry of Justice begun “aggressive dissemination” of the Law for the…

A new version of Ukraine’s HIV-specific law, adopted by the Ukrainian Parliament in its first hearing on 21 October, promises several positive changes, including removal of the statute mandating disclosure of known HIV-positive status prior to any activity that may…

US: Majority of gay US men support criminal non-disclosure laws

The overwhelming majority (70%) of HIV-negative and untested men (69%) in the United States support prosecutions for not disclosing known HIV-positive status before sex that may risk HIV transmission, according to a new study by Keith J. Horvatha, Richard Weinmeyera…

Global: HIV and the criminal law book now available; hear me speak in Ottawa and Toronto

The next few weeks sees my involvement in a flurry of anti-criminalisation advocacy in the United States and Canada, coinciding with the publication of the book version of the new international resource I produced for NAM and an article in…

South Africa’s leader of the Democratic Alliance opposition party, Western Cape Premier Helen Zille has said that HIV-positive people who knowingly have unprotected sex without disclosing their status, should be charged with attempted murder. She also cited the recent case…

Update August 24th 2010 Adrian Nduwayo, has been found guilty again of five charges of aggravated sexual assault involving five women, three of whom subsequently tested HIV-positive, following a retrial at the BC Supreme Court. He was oringally guilty of…

A new report, launched at AIDS 2010 in Vienna last month, recommends that the Ontario Ministry of the Attorney General establish a consultation process to inform the development of prosecution guidelines for cases involving allegations of non-disclosure of sexually transmitted…

A 44 year-old man from Edmonton, Alberta who pleaded guilty to aggravated assault for not disclosing that he was HIV-positive during a one-off consensual encounter with a woman – whilst his viral load was undetectable – has been has been…

This selection of posters presented in Vienna follows up from my previous AIDS 2010 posting on the sessions, meetings and media reporting that took place during last month’s XVIII International AIDS Conference.  I’ll be a highlighting a few others in…

Update: August 18 2010 The 29-year-old man gay accused of not disclosing his HIV-positive status to several men before otherwise consensual sex now faces 26 charges in Ottawa and further five charges in Kitchener according to the latest update from…

A 26 year-old man from the small Texan town of Copperas Cove has been sentenced to 15 years in prison with an additional $3000 fine after pleading guilty to charges of aggravated assault with a deadly weapon. The aggravated assault? Having…

A newly proposed law for the South American country of Guyana, entitled ‘Criminal Responsibility of HIV Infected Individuals’ was recently debated in the country’s  National Assembly. (Thanks to Lucy Reynolds from the London School of Hygiene and Tropical Medicine for…

A remarkable amount of advocacy and information sharing took place during the XVIII International AIDS Conference held in Vienna last month.  Over the next few blog posts, I’ll be highlighting as much as I can starting with a round-up of…

Global: ‘Where HIV is a crime, not just a virus’ – updated Top 20 table and video presentation now online

Where HIV Is a Crime, Not Just a Virus from HIV Action on Vimeo. Here is my presentation providing a global overview of laws and prosecutions at the XVIII International AIDS Conference, Vienna, on 22 July 2010. Abstract: Where HIV…

The XVIII International AIDS Conference held last week in Vienna was a hotbed of anti-criminalisation advocacy, including an extremely well-attended and well-received pre-conference meeting – Criminalisation of HIV Exposure and Transmission: Global Extent, Impact and The Way Forward – that…

US: Obama administration calls for end to HIV-specific criminal laws

Fantastic news from the United States, courtesy of Todd Heywood at the Michigan Messenger. His article is reproduced in full below. On Thursday I present my poster at AIDS 2010 analysing two years of US arrests and prosecutions, so this…

The recent conviction of Austrian HIV denialist Barbara Seebald for: rejecting taking the prescribed medicine during her pregnancy despite knowing of her HIV infection, giving birth to her child naturally and at home with the help of a midwife who…

I’m reproducing below a press release issued yesterday by the National AIDS Trust (NAT) about the new UK (with the exception of Scotland) guidance for police officers investigating allegations of criminal HIV transmission. We’ll hear more about the guidance –…

Ireland: Police HIV risk “as likely as being struck by asteroid”; compensation slashed

The risk faced by Irish police of occupational exposure to HIV and other blood-borne infections is “as likely as being struck by an asteroid,” according to expert testimony during a test compensation case conducted by Ms Justice Mary Irvine in…

The first reported use of Angola’s 2004 HIV-specific law suggests at least two successful prosecutions in 2007/8. The brief-but-stigmatising report by Angola Press is below. It should be noted that “intentional transmission” is very likely to simply mean there was… 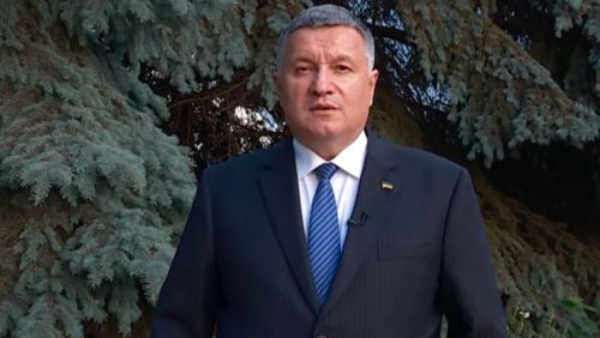